The Barcelona '92 Games, a driving force for state sport

1992 BCN Games.. The participation data, the improvements in women's and Paralympic sport and the results statistics all confirm that the Barcelona '92 Games constituted a turning point in Spanish sport.

The Barcelona ’92 Olympic and Paralympic Games mark a before and after in many areas. One of the most obvious changes was the urban transformation of the city, but it was not the only one. In many ways, the event marked a permanent turning point in Spanish sport. In 2017, we have been celebrating the 25th anniversary of the event, and it is therefore a good time to take stock.

Participation in the Summer Olympic Games

Counting all 23 editions, 3,815 people have represented Spain. The most significant figure is that prior to Barcelona ’92, that number was 1,493. For the last 7 editions, the total number is 2,232. Furthermore, Barcelona ’92 had the most delegation members ever: 430.

In the 23 editions it has taken part in, the Spanish delegation has won a total of 148 medals. 122 of them were won in the last 7 Olympiads – since the Barcelona ’92 Games. In the remaining 16 competitions, Spain won 26. 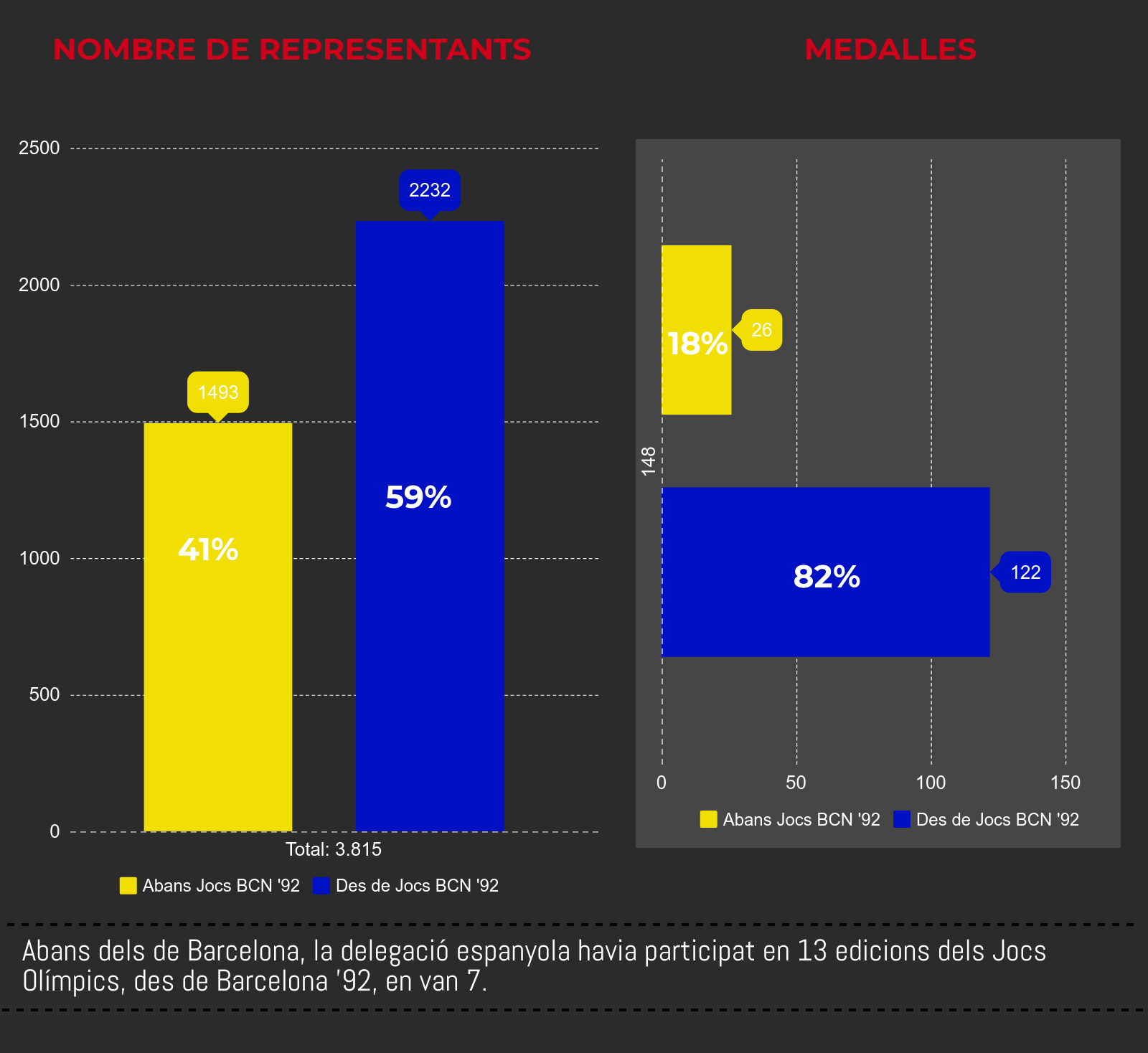 One of the most visible areas of improvement in the Barcelona ’92 Games was Spain’s performance in women’s sport. It was the first time that a woman representing Spain had ever won an Olympic medal.

The increased importance of women’s sport was consolidated in the last two Olympic Games, where they won more medals than the men: 11 out of 17 in London ’12 and 9 out of 17 in Rio ’16. 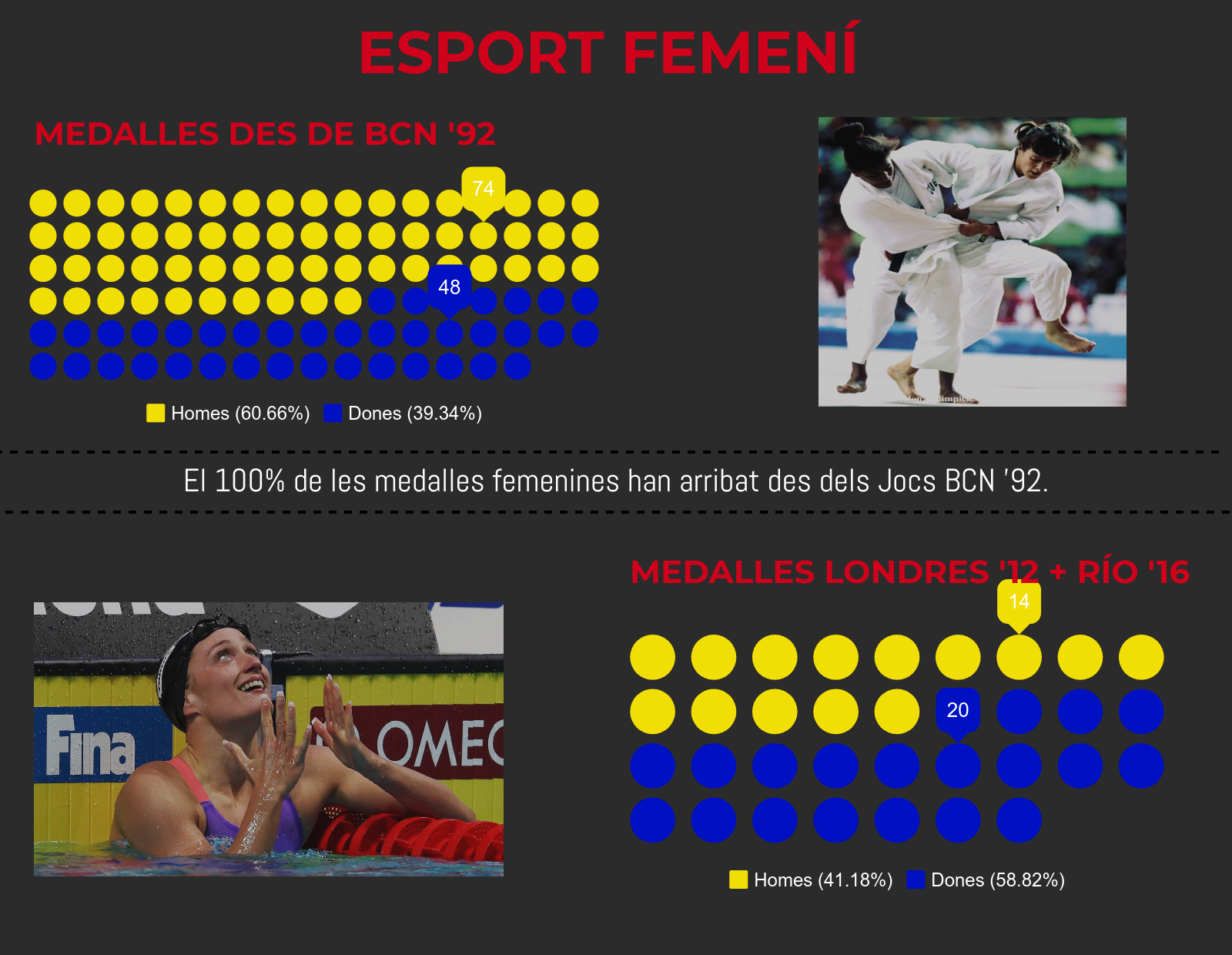 This is another area where there has been great improvement. Before the Barcelona ’92 Paralympic Games, Spain had taken part in 6 editions, winning a total of 130 medals. Since the Barcelona Games (7 editions), the Spanish delegation has won 521. 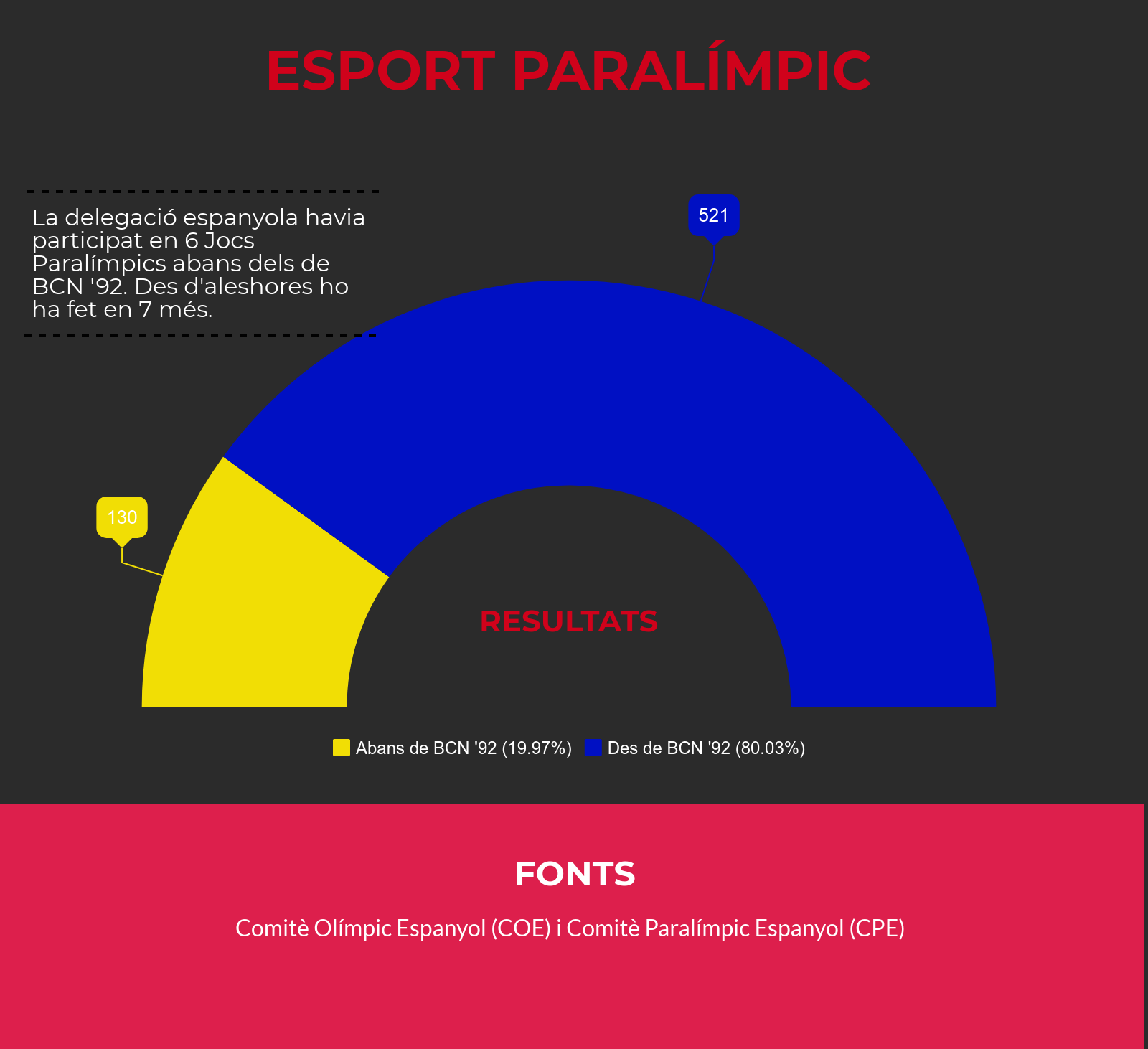