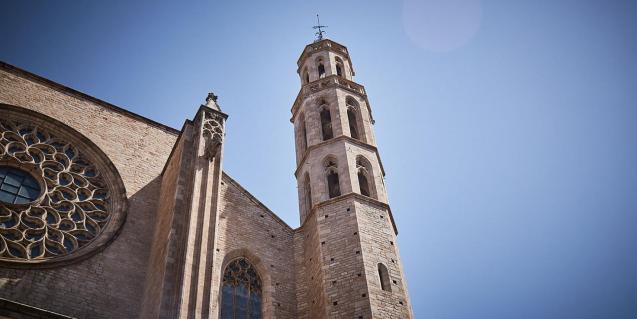 The basilica reveals spaces and elements previously inaccessible to the public, such as the main rose window or the 22-metre-high roof of the building.

Construction of Santa Maria del Mar began in 1329, a historical period in which Barcelona benefited from the maritime expansion of the Crown of Aragon. While the city's religious and political centre was located in the Cathedral's neighbourhood, a large part of the population linked to port activity — sailors, fishermen, bastaixos (Barcelona's porters) and merchants, as well as members of the guilds that evoke the names of the streets around the temple — was concentrated in the Ribera barracks, so called because of its proximity to the sea.

That prosperity attracted new residents, who made the area one of the most dynamic and dense in the city. In a short time, the old parish church became too small and was replaced by a larger one, thanks to the patronage of King Pere III, called the Ceremonious, and the continuous donations and foundations of altars.

The work on the new basilica was directed by the master builders Berenguer de Montagut and Ramon Despuig and the work was completed in 54 years – a record speed at that time. The beauty of its architecture has made it the flagship of the Catalan Gothic style and one of the current symbols of Barcelona.

The latest restoration interventions have made it possible for the public to access the roofs, for which 120 steps up a spiral staircase must be climbed. Hand in hand with Volta Serveis Culturals, the basilica offers guided tours in Catalan, Spanish and English that allow visitors to learn about its history, discover secrets and contemplate elements hidden until now, including the main rose window, the stained glass windows, the towers, the gargoyles or the upper part of the central nave over the ribbed vaults. Led by a specialized guide, go down to the crypt, up to the stands and admire the views from the rooftops.

General admission costs 12,23 euros and can be purchased in advance here.