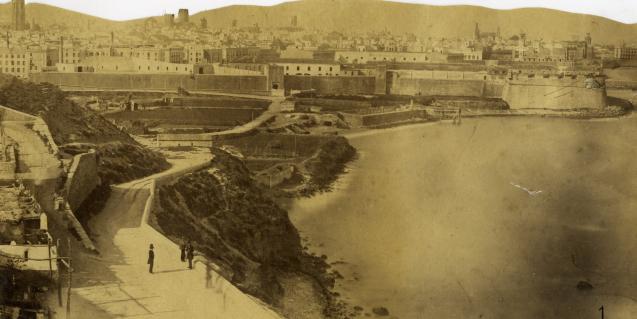 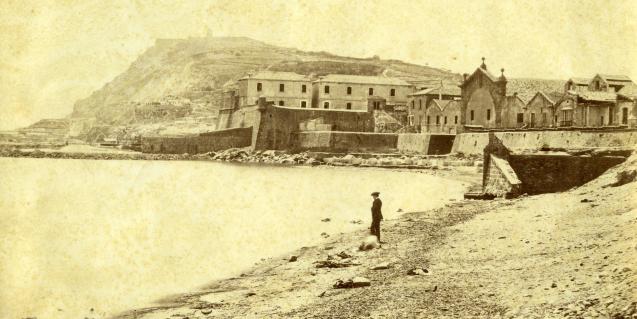 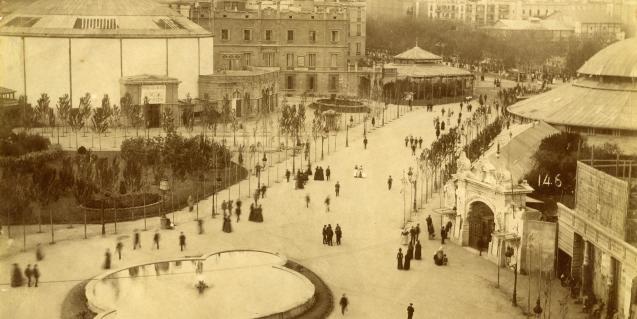 The Arxiu Fotogràfic de Barcelona is presenting an exhibition of images and urban panoramas from the 19th century.

Until 23 October, you can visit the exhibition La ciutat davant la càmera. Imaginaris urbans en el s. XIX at the Arxiu Fotogràfic de Barcelona (AFB). Curated by the art historian Núria F. Rius, the collection consists of 104 originals from the AFB collection and is complemented by the exhibition of original material and photographic albums from the period.

The arrival of photography in Barcelona in 1839 coincided with an intense process of urban transformation, of which it left a record. The mechanical reproduction of reality not only reflected but also enhanced the definition of the modern, predominantly bourgeois city, contributing to the collective sedimentation of social, political and cultural changes.

Many plates belong to unknown authors, but some are perfectly identified, such as F. J. Álvarez; Pau Audouard; Antoni Esplugas and his brother Josep, who signed as J. E. Puig, Joan Martí Marcos Sala or Franck de Villecholle.

La ciutat davant la càmera illustrates and documents a dozen of these new urban imaginaries as they came and went: The neoclassical city (interested in open spaces, avenues in perspective and a monumental gaze marked by order and clarity); The panoramic city (a type of large-format image, preferably taken from Montjuïc, which eliminated physical limitations); The historical city (as a graphic witness to the historical dimension and socio-political splendour of the past); The demolished city (in which the destruction of ancient walls and streets gave way to progress); The industrial city (a vision, based on factory buildings, engineering, heavy machinery and the railway, which photography helped to standardise); The city of 1888 (thanks to the Universal Exhibition, the new art was interested in current events and approached the news); The city of attraction (with unprecedented views, thanks to the monument to Christopher Columbus and the hot-air balloon); The city of the Eixample (as the bourgeois urban planning and the vanishing lines of the new avenues shared aesthetic and visual criteria with the photographic representation); The exceptional city (since photographers were able to shorten exposure times, they were able to capture everyday life in the street); and The city of the crowd (in which anonymous citizens, mass events and leisure spaces gained prominence).

At that point, photography took over from drawing as the new language of the chronicle and the news, with almost everything ready to lead to the popular and mass visual culture of the 20th century.

Coinciding with its opening, the AFB is presenting a digital publication of the exhibition with versions in Catalan and Spanish that can be downloaded online. In addition, on 21 June at 5.30 p.m. there will be a guided tour led by the curator. The activity will be free of charge and does not require prior registration.