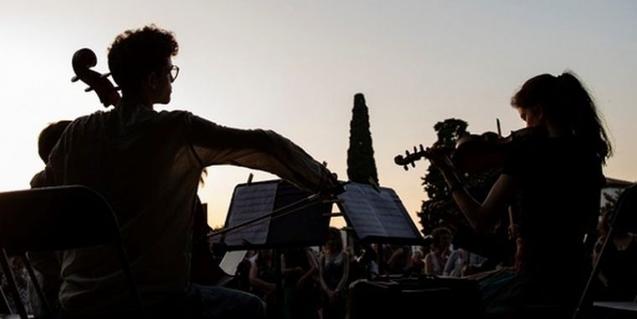 The municipal government will also be calling on the Spanish and Catalan governments to implement several proposals, such as reducing cultural VAT to zero until the end of the year.

Barcelona City Council is activating its first series of measures intended for the cultural sector, in response to the situation caused by the spread of the COVID-19 virus. These are initiatives and proposals to start tackling a crisis that is already affecting the city’s cultural fabric. The municipal government’s aim is to try and help to keep culture alive and helping us to get back to normal once we get through this episode.

1. Call for €1 million extra subsidy applications aimed at alleviating the effects of the crisis, putting special emphasis on the most vulnerable structures linked to grass-roots culture in all its variants and sectors (local theatres, creation spaces, cultural cooperatives and other entities in the sector).

2. Grec 2020, full backing for the theatre and artistic sector. Barcelona's summer festival will expand its programme to fit in the biggest possible number of productions offered by the Spanish and Barcelona theatre companies cancelled between 15 March and 30 April (or even later, if the emergency situation continues). The Grec will be extended to August, to widen the scope for rescheduled programmes.

3. The Quinzena Metropolitana, dancing once again. Street dance shows for this coming July are being planned, in conjunction with the competition’s other metropolitan local authority organisers. The Grec Festival, the Districte Cultural and other municipal programmes will be playing host to the largest possible number of local company productions at theatres and other venues originally for the Quinzena but postponed.

4. Advanced fees for postponed programmes. The City Council will be giving companies and artists advances of part of their fees for planned shows and activities postponed by the crisis, such as the Quinzena and Districte Cultural. The period contemplated will cover the declared state of alert, from start to finish.

5. €1 million for libraries. The City Council will be allocating an extra investment of €1 million, channelled through Barcelona’s libraries to boost their collections.

6. Sant Jordi / St Georges day and Món Llibre. The City Council will be granting all the necessary permits to the Cambra del Llibre and all the other players involved and calming traffic on the city’s streets and avenues on the date that this year's Sant Jordi finally falls on. The Món Llibre literary festival organised by the City Council and taking place at the CCCB and MACBA, has been rescheduled for 20 and 21 June.

7. Rescheduling of the big cultural events and music festivals held in Barcelona if necessary. A coordination body has been set up, on the initiative of the Barcelona Institute of Culture (ICUB) with the various people in charge of the city's events and infrastructures, so they can reschedule them if necessary and prevent cancellations.

8. Expanded Districte Cultural. The next edition of this programme will be more extensive, to fit in as many as possible of the productions cancelled during this state-of-alert period.

9. Taxes. More funds allocated to the call for ICUB property-tax subsidy applications for cultural organisations open to the public, such as theatre halls, cinemas, creation spaces, the cultural trade and bookshops. Grants and subsidies created to fund 100% of the taxes for audiovisual shoots in the city up to 31 December 2020.

10. Prioritisation of the regular channels for supporting the city’s cultural fabric, such as grants and subsidies, programmes and public communications. Specific application in the cultural sphere of general provisions for maintaining contracts and the jobs that derive from them, extending and amending the terms where necessary. Consideration of the effects of the state of alert on future calls for grants and subsidies.

Appeals to the Spanish government, Catalan government and competent authorities

Barcelona City Council is also calling on the authorities with jurisdiction over cultural matters, as well as the Spanish and Catalan governments, to adopt tax and financial measures that will have a positive, cross-the-board effect on the entire sector.

- It is calling on the Spanish government to:

Allocate, this year, the €25 million planned under the inter-government agreement and channelled through the co-leadership (bicapital) agreement yet to be formally signed, with two main objectives as a priority:

- Take on the interim deficit that arises in the capital’s facilities between 15 March and the end of the period covering the state of alert.

- Make an extra contribution to all the measures to support the city’s cultural fabric.

Reduce the cultural VAT to the minimum rate established at 0%, assimilating it to the rate for education, at least until December 2020.

Establish new criteria for adapting the definition of “force majeure” to the new context, to enable - if necessary - a rescheduling of cultural events without prejudice to all the parties, while providing for all the different cases in the cultural sector and the impact of the crisis on their economic feasibility.

- It is calling on the Catalan government to:

Create a coordinating body, for the duration of the crisis, to jointly channel measures in the cultural sphere involving both institutions.

Reach an agreement with the Catalan Finance Institute on opening a line of micro-credits of up to €20,000, at very low or zero interest, to attend to the demands and needs of small and medium-sized cultural enterprises, by facilitating the necessary procedures.

Culture, from home as well

At the same time, the Barcelona Cultura portal on the City Council website is being put at the service of all public and private initiatives for the online consumption of culture. The aim behind this space is to offer a large range of cultural options to city residents who are confined to their homes, such as virtual tours of museums, talks, shows, concerts and so on, which will be appearing over the coming days and weeks.