Check information through this web. 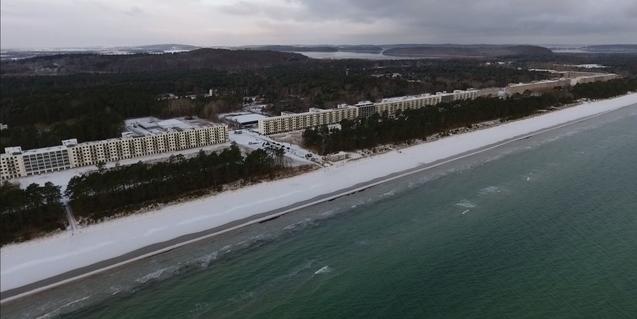 From May 11 to 16, 8 documentary films and 11 international shorts will be scheduled on architecture, a pioneering initiative in Spain.

Behind a building there are always people who imagined it, who designed it, who built it, and behind each one of those people there is always a story to tell. Thematic film festivals reach new heights with BARQ, the first edition of the international film festival on architecture in Barcelona. A new initiative that promises to discover the secrets behind the buildings that shelter us and the urbanism that gives structure to our lives.

From May 11 to 16, within the Architecture Week, the festival will program eight documentary films and eleven shorts, in a competitive selection promoted by NIHAO FILMS, with the collaboration of the Fundació Mies van der Rohe, Arquin-Fad, the College of Architects of Catalonia, the Arquia Foundation and the ICO Foundation.

The opening act features the film “Tokyo Ride” by Ila Beka and Louise Lemoine, a prestigious duo of filmmakers who traveled to Japan to study the figure of the architect Ryüe Nishizawa. On board a quirky Alfa Romeo, they will tour the Japanese city whilst Nishizawa will recount his life and work from the spaces that most marked him, as an example of what emotional architecture is. The inauguration will take place in the Girona cinemas.

From this point onward, we will be able to see films dedicated to mythical personalities such as Charlotte Perriand; a study on the redevelopment of the Brussels North Station district; the creation out of the blue and from scratch of a megalopolis like Brasilia, by the hand of the dreamlike architecture of Oscar Niemeyer; the secrets of Prora, the well-known "monster near the sea", a building that Nazi Germany erected to house 20,000 workers during their summer vacations; or an impressive documentary that follows the charismatic architect Richard Lepastrier for 15 years.

You can check the times and prices of each session through this link.