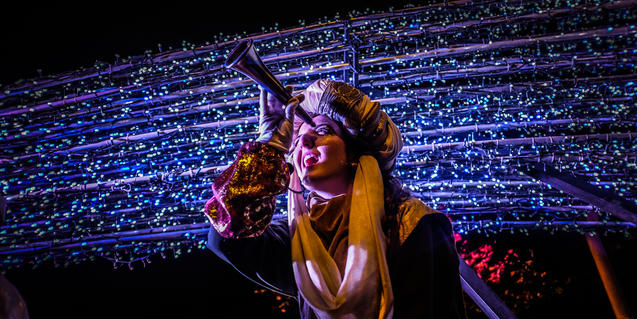 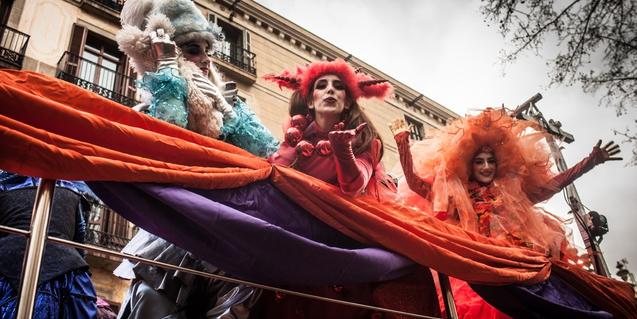 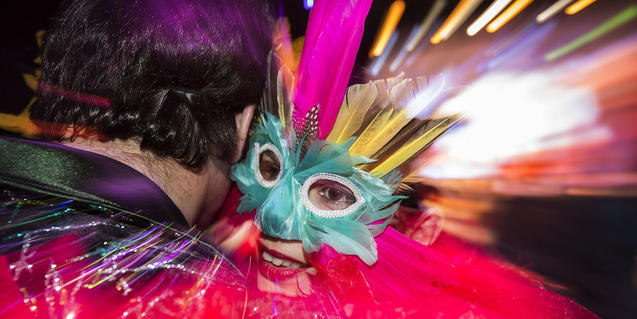 In Barcelona, every time of the year has its own fiesta. The cycle of people's festivities in the city runs for the twelve months of the year: from winter to spring and from Carnival to Corpus. Want to get to know them?

Some of the celebrations are frequently found in cities throughout the whole of the western world, or almost the whole of it, such as Carnival, which is celebrated in the early months of the year (between late January and early March, depending on the year) and which has similar characteristics to the Carnivals in other European cities, although in our case with unique moments such as the "taronjada" (which means "orangeade"), a festive battle with orange balloons and confetti that recalls the wars, with real oranges, in mediaeval times.

Carnival is one of the celebrations after the Christmas season and the festivities of Sant Antoni, Santa Eulalia and Sant Medir that herald the end of winter.

Spring arrives with its own celebrations, which include Holy Week (Easter), such little-known celebrations as Cors muts (Mute Choirs) and fiestas unique to Barcelona such as the Corpus fiesta, which includes the tradition of the "ou com balla" (the dancing egg). On these days, fountains around the city are adorned with flowers and an egg is placed on the top of the column of water, which is kept there in constant motion for as long as the celebration lasts.

Sant Joan is, without a doubt, the major fiesta of the summer, the time of year when many of the city's neighbourhoods celebrate their fiesta mayor and fill the city's streets and squares in the evenings.

Finally, in autumn, we have the Barcelona fiesta par excellence, the Mercè. The celebrations for Barcelona's patron saint fill the days and nights with concerts, traditional fiestas and family activities over a period that varies each year (about a week) around 24 September.

If you'd like to find out more about Barcelona's festive calendar, just check out the City Council's Popular Culture website, where you'll find all the information you need about these and other fiestas in Barcelona.