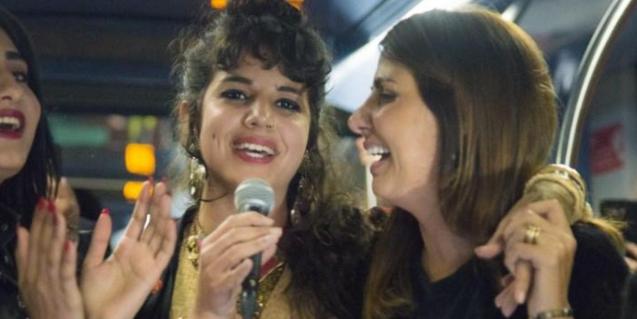 The transmission of cultural heritage is the focus of the 24th edition of the Festival de Cinema Jueu de Barcelona.

Jews arrived in our lands shortly after the foundation of the Roman colony, and their presence was more or less stable until 1478, with the Inquisition, when hardly any Jews remained in the city. Since then, they have been the great unknown.

The Barcelona Jewish Film Festival was born in 1999 to raise awareness of Jewish-themed cinema and culture in Barcelona, an event that is undoubtedly very necessary to dispel false prejudices. Most of the screenings will be held at the Filmoteca. Over the years, it has established itself as an integrated and continuous cultural offer in Barcelona and is the only one of its kind on the Iberian Peninsula.

The selected titles offer a pluralistic view of Jewish culture. The richness of this cinema has been greatly enhanced by the diaspora of its people. The 24th edition has set out to reflect on the transmission of cultural legacy, especially through emigration or exile.

The opening film of the season is Evolution, and the screening will be attended by the entire organising team. Filmmakers Kornél Mundruczó and Kata Wéber show three generations of a family, from the Second World War to present-day Berlin.

In addition, other titles such as Ziyara, Que Dieu te protège or Rose show that coexistence between cultures such as Jewish and Muslim is possible, at least in North Africa. And all of them, from a clearly feminine approach, highlight this confluence of identities.

You can download the full programme from this link. Tickets are available from each film's page.