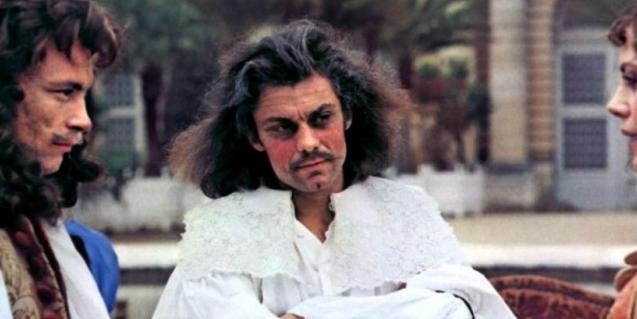 Ariane Mnouchkine's film closes the activities commemorating the anniversary of the playwright, actor and poet.

Presented by Ricard Ripoll (lecturer in French Literature at the UAB), Filmoteca de Catalunya culminates with the screening of the film Molière (1977), by Ariane Mnouchkine, the cycle of activities commemorating the fourth centenary of the birth of Jean-Baptiste Poquelin, better known as Molière.

When the story begins, Molière (Philippe Caubère) is still Jean-Baptiste, a 10-year-old boy, son of the King's upholsterer. He is surrounded by a curious but unsympathetic father, a warm mother whom he sadly loses too soon, and a grandfather who is a model of tenderness and gentleness.

His life (1622-1673) coincided with the Regency and the beginning of the reign of King Louis XIV. At the age of 20, as Molière, he founded the Illustre Théâtre. Passions, hatreds, struggles, commitments and revolts animate his life and that of his company until his death.

With this theatre company, he travelled through a France full of fury, misery and repression, but managed to rise to the attention of the Palace of Versailles. With a progressive spirit, Molière was repeatedly gagged, whipped, censured and vilified.

His enemies will be the devout, the well-meaning bourgeois, the petty nobles, the ignorant and the satisfied doctors, who, contradictions of life, will parade through his theatre. And they will rage against him, because his plays, those things of scandal, bear witness to a century dominated by a false splendour that does not hide the misery and intellectual shortcomings of an era.

Tickets for the film can be purchased at this link.