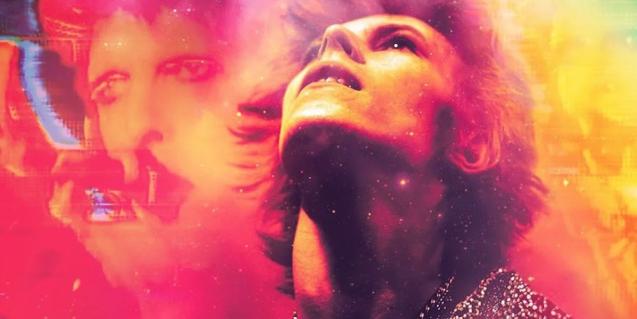 The documentary Moonage Daydream brings us closer to the figure and music of David Bowie.

Bowie was one of the greatest of pop music and possibly the last great of rock and roll. His rise was titanic but, unfortunately, he passed away in 2016. He was considered one of the most important figures in popular music for almost five decades, a groundbreaking artist, particularly for his work in the 1970s and his distinctive voice.

Moonage Daydream is the title of the new documentary that details his life and career and debates his figure as just a man or a myth. It will premiere in cinemas on 30 September.

Directed by Brett Morgen and presented out of competition at the Cannes Film Festival, the film attempts to offer a realistic account of a multifaceted man. The filmmaker was granted unprecedented access to Bowie's personal archives, reviewing approximately five million assets, including videos, photographs and visual art he created over the years. The result: a creative, musical and spiritual journey through the artist's life.

It has been five years of work to show us a great deal of unpublished material. The singer's family has supported him in the making of the album.

But those expecting a standard biopic may be sorely disappointed, as Moonage Daydream is a fitting tribute to a magnificent career. It is a different kind of montage worthy of the artist. Completely reinventing the music documentary, Brett Morgen takes all the conventional raw materials of the genre (live concerts, backstage footage, still images, archive interviews, news service reports, etc.) and rearranges them into an audiovisual collage, which would surely have delighted the artist.

Check this link, set up by the distributor, if you want to find out which cinemas will be screening the documentary and get tickets.