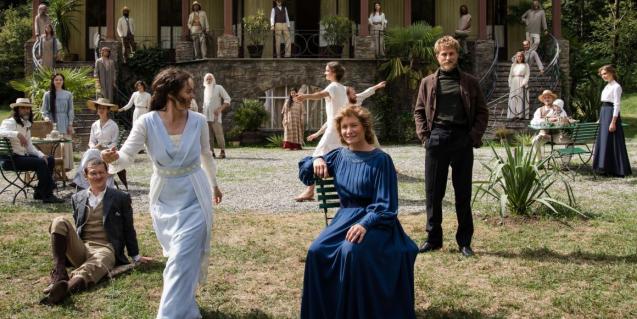 On 5 August, the film Monte Verità, about the protagonist's love triangle with other women, will premiere in cinemas.

After its preview screening on 14 July at the Cines Girona, Monte Verità, a dramatic film directed by Stefan Jäger, will be released on 5 August, also in Catalan. It is a Swiss, German and Austrian co-production, where it was screened at the end of last year, with a positive public reception and a divided critical opinion.

The film is inspired by real-life events and tells the story of an essay on creativity and primitive socialism through the love triangle between photographer Hanna Leitner (played by Maresi Riegner), teacher Lotte Hattemer (Hannah Herzsprung), and pianist Ida Hofmann (Julia Jentsch). The cast is completed by Joel Basman as writer Hermann Hesse and Max Hubacher as psychiatrist and psychoanalyst Otto Gross.

The plot is set in 1906 when a young mother flees to the Monte Verità sanatorium to free herself from the social corsets imposed by her bourgeois condition. Contrary to expectations, her stay will not be as pleasant as she had hoped, and she will have to face a painful decision.

Monte Verità was, for many artists, bohemians and literati, a libertarian utopia where one could live outside the tensions between fierce capitalism and the inevitable working class contestation. In this idyllic arcadia, located in the Swiss canton of Ticino, on Lake Maggiore, nudism, strict vegetarianism and free love were promoted, based on the scrupulous equality of men and women. The place's magnetism also attracted spiritualist and Freemason circles. Its illustrious guests included choreographer Isadora Duncan (played by Eleonora Chiocchini), poet Else Lasker-Schüler, dancer Mary Wigman and who was both a poet and a dancer, the muse Emmy Hennings.