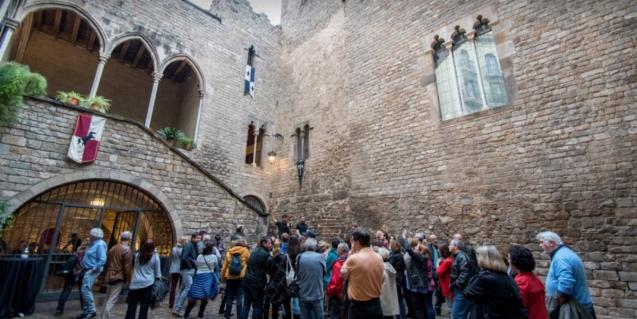 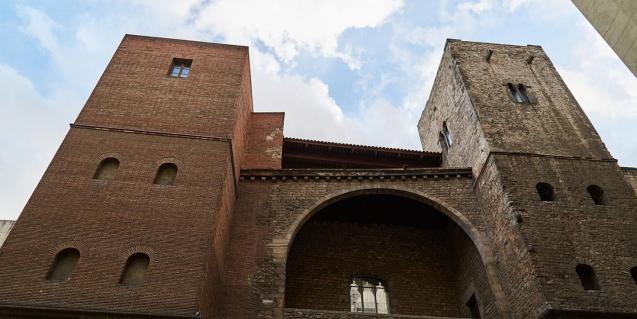 Several civic centres in the city programme an itinerary to get to know the Palau Requesens and its surroundings.

Four civic centres in the city — Ateneu Fort Pienc, Casa Elizalde, Casa Golferichs and Urgell — are due to take part in an itinerary guided by professor Marc Jobani to get to know Palau Requesens and the Gòtic on On December 1. The three-hour visit will provide an insight into the role played by the Reial Acadèmia de Bones Lletres to safeguard the architectural heritage that was threatened to disappear with the opening of the Via Laietana, coinciding with the works and urban remodelling during the Universal Exhibition of 1929.

The Palau Requesens, also known as the Palamós Countess's palace, is a monument protected as a Cultural Asset of National Interest (BCIN) located next to the church of Sant Just. The building was constructed in the 13th century under the Roman wall, although later alterations — during the 16th and 17th centuries — gave it its current Gothic appearance and made it the largest private palace in medieval Barcelona.

Today it serves the headquarters of the Reial Acadèmia de Bones Lletres and houses the Gallery of Illustrious Catalans, a collection of portraits created by the Barcelona City Council in 1871. The Academy was founded in 1729 as a literary society for intellectuals of Barcelona's nobility at a time when the University of Barcelona had been transferred to Cervera by order of King Philip V.

The entrance to the palace is located on Carrer del Bisbe Caçador. It is accessed through a courtyard with a staircase that leads to the main floor, preceded by a Gothic gallery. Inside are the assembly hall, the conference room and the office of the president of the Academy, located within a Roman tower. On the ground floor is the Tinellet — a room reminiscent of the Saló del Tinell, but smaller — and at the north end is a courtyard with trees, a pond and a neoclassical arcade.

The visit costs 15,97 euros and you can make reservations by clicking on the links of the civic centres where each tour is scheduled.