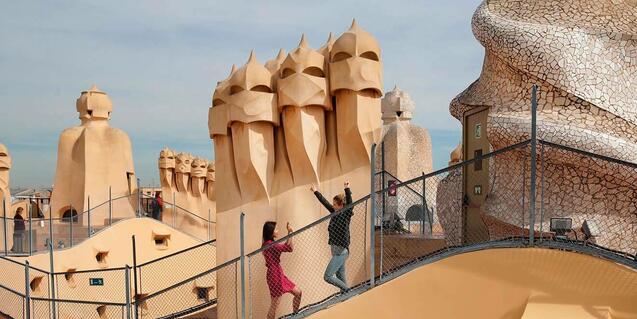 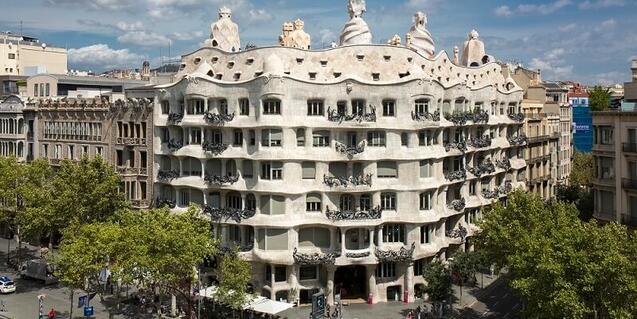 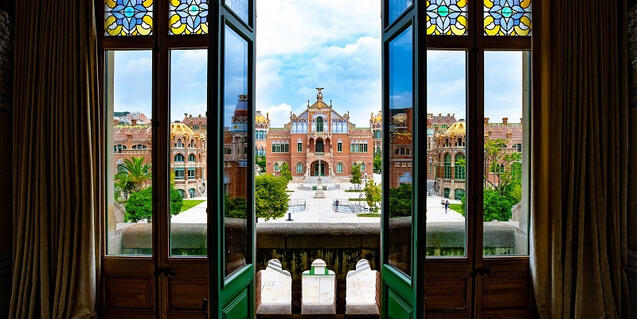 The foundations that manage the spaces offer a joint ticket to visit the two modernist works declared World Heritage Sites by UNESCO.

Two in one. The two modernist works, one by Antoni Gaudí and the other by Lluís Domènech i Montaner, were declared World Heritage Sites by UNESCO – the first in 1984 and the second in 1997.

Both institutions, the Fundació Catalunya la Pedrera and the Fundació Privada Hospital de la Santa Creu i Sant Pau, offer and integrated ticket to visit the two monuments at an unbeatable price. The tours are accessible to people with functional diversity and can be taken freely, as they include audio guides in several languages.

The tour starts in the Pedrera, but keep in mind the building will be closed from 10 to 16 January, both days included. It was built from 1906 to 1912 and wasn't exempt from controversy – first with the Barcelona City Council, as it did not comply with the parameters of the town planning regulations, and secondly with the developer, since the architect exceeded the initial budget. In the end, the couple formed by Pere Milà and Roser Segimon had to pay a fine for legalising the construction, and Gaudí won the lawsuit over their fees.

The Pedrera was his last civil work, a unique building inspired by the forms of nature that helps to understand his imagination. The visit includes the famous warriors' rooftop, with its yawning roofs and chimneys — except on rainy days —, the attic, the neighbours' flat and the flower courtyard.

Next, the ticket holder has three months to visit the neo-Gothic-inspired Hospital de Sant Pau. Its construction started in 1902 thanks to the banker Pau Gil bequest and lasted until 1930. It is made up of twelve pavilions, surrounded by green spaces and connected by underground galleries. It is the largest modernist-style complex in the world and Lluís Domènech i Montaner's most important work. The visit lets people discover life in this hospital complex during the first half of the 20th century.

You can buy and schedule your combined visit for any day, choosing the starting date and time through this link.