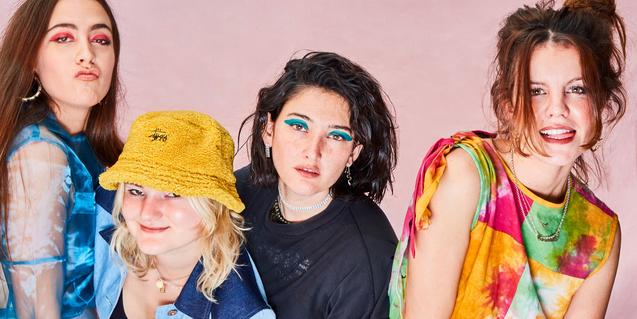 The melodies of the quartet from Madrid kick off the musical August organised by Primavera Sound.

Carlotta Cosials (lead vocals and guitar), Ana García Perrote (vocals and guitar), Ade Martín (bass) and Amber Grimbergen (drums) are Hinds, the band that will launch August in the Nits del Fòrum, an event organised by Primavera Sound. They will go on stage to show their strength in the form of songs in the style of garage rock, garage pop, surf and lo-fi, influenced, as they themselves explain, by bands like The Parrots, The Strokes or Black Lips. The organizers highlight their "unbeatable melodies", their "ease" and their "contagious freshness".

This 2020 they have released their third album, The Prettiest Curse, and therefore it is to be expected that the repertoire that can be heard in the Parc del Fòrum will consist mainly of the new songs. The band was founded in 2011, although the initial name was Deers, and it was in 2014 when they changed their name to Hinds. It wasn't until 2016 that they released their first album, Leave Me Alone. Most of the lyrics of this quartet from Madrid are in English, and they have performed in countries all over the world, from Australia to the United States, Thailand, Germany and Great Britain.

For more information and tickets, check out the link.