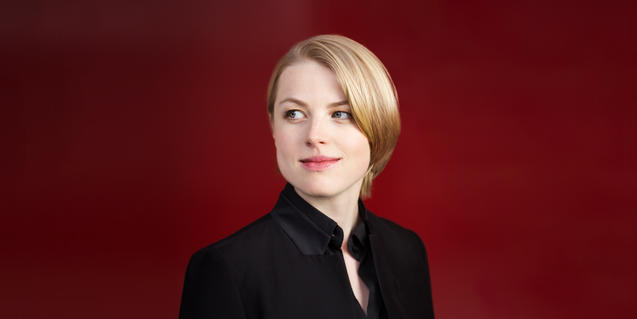 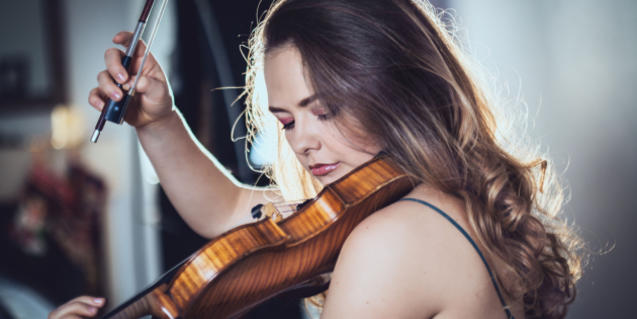 The director will be OBC's lead in a concert that will feature Alexandra Conunova as the solo violinist.

The Orquestra Simfònica de Barcelona i Nacional de Catalunya (OBC) will fill L'Auditori on 26 and 27 November with Johannes Brahms' romantic music and Antonín Dvořák's nationalist music. From the first composer, they will play Violin Concerto in D major, op. 77, a composition premiered in 1878, which embodies the ideal of confrontation between the soloist and the orchestra on equal terms. From Dvořák, they will play Symphony No. 7 in D minor op. 70 (1885), potentially the Bohemian's most well-known work alongside the New World Symphony. The recital will start with the short piece Jealousy (1895) by Leoš Janáček, which was originally created for the opening of his opera Jenufa. Both evening shows will begin at 7 p.m.

Ruth Reinhardt, a conductor, who, despite her youth, has a long curriculum, will be conducting the OBC. Born in Saarbrücken, Germany, she is the assistant conductor of the Dallas Symphony Orchestra. In 2007, she was appointed by Gustavo Dudamel as a member of the Los Angeles Philarmonic. She has conducted dozens of orchestras: in the 2018-2019 season alone, she conducted the Fort Worth, Omaha, Orlando, Portland and Sarasota symphony orchestras in the USA, and the Royal Stockholm Philarmonic, Grosses Orchester Graz and Kristiansand Symphony Orchestra in Europe. From her biography, it is worth highlighting that she composed and conducted an opera at the age of 17. Reinhardt's direction will be one of the great attractions of the concerts at L'Auditori. So will be the performance of solo violinist Alexandra Conunova, a musician from Moldova who stands out for her virtuosity and technique.