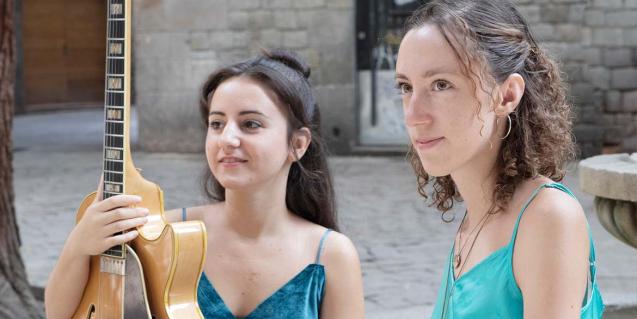 Among the performances of the last month of the year are those of Belén Bandera and Carla Motis, Thioune Brothers, Dik Banovich and Marïe Pratt.

The Harlem Jazz Club continues to celebrate its 35th anniversary in the last month of 2022, and does so as it does best: programming live music in a variety of styles. In addition to the artists who usually take to the stage at the venue, such as Son de la Rambla, Chino Swingslide, La Voodoo Jazz Band and Mr. Shingles Blues, there will be young musicians performing for the first time in this jazz club, as well as some with a long career.

The first weekend will be very intense, with three performances: Michele Biondi Blues Band, Thiaoune Brothers and Belén Bandera with Carla Motis. Biondi will make his debut in Barcelona and will come to present his album Down By The River, a genuine sample of Mississippi blues. His concert will be on the 2nd, while on the 3rd at 8 pm the singer, composer and pianist Belén Bandera will perform a duet with the guitarist Carla Motis. At 11 pm it will be the turn of the Thioune Brothers, a band that will take us on a musical journey based on melodies from the African continent and combining them with folk and pop rhythms.

Another concert as part of the 35th anniversary celebrations will be given by Dik Banovich on 7 December. The veteran bluesman from Chicago will present a repertoire of his own songs with his particular way of playing the guitar and singing. And two days later you can discover the voice of Marïe Pratt, who will be at the Harlem with guitarist Jeff Santana and drummer Sebas Verde. On the 10th you can dance to the rhythm of rock, country and pop from the 60s, 70s and 80s of Guateque Town. And on Saturday 17 December Belén Bandera will be singing again, this time accompanied by guitarist Jaume Llombart.

These and other concerts -also on New Year's Eve- during the month of December at the Harlem Jazz Club. More information in this link.