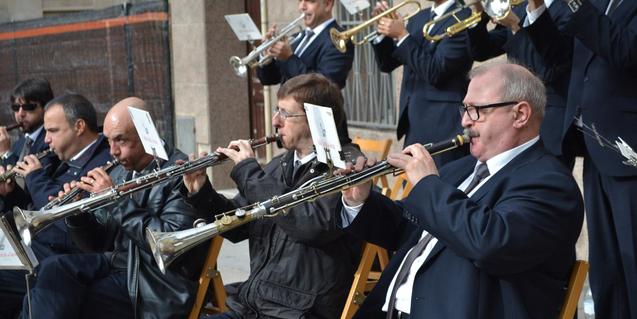 A programme of activities that brings together the ateneus with a variety of forms of cultural expression.

The Cultura Popular als Ateneus series got its start two years ago, aiming to bring together two very important traditions in our city: the ateneus and various expressions of popular culture. Now it’s time for this year’s series, with a programme that groups together activities created by popular-culture groups in the city. These include bands, cobles (music groups), choirs and esbarts (dance troupes) that have chosen the Xarxa d’Ateneus de Catalunya to channel their passion. Noteworthy activities on the programme include those that combine various disciplines, like singing and cobla, song and dance, or cobla and sardanes. You’ll also find a long list of creative shows by Barcelona dance troupes, bands, dances from the east, and a choir performing soundtracks from Japanese films. The programme also includes the autumn concerts in the Concerts de cobla a Barcelona series organised by Confederació Sardanista and Amics dels Concerts.

The performances are on various days from September through December. There will be a total of fifteen concerts in a wide variety of styles at five ateneus around Barcelona: Casino l’Aliança del Poblenou, Foment Hortenc, Lluïsos d’Horta, Sants Teatre and Teatre de Sarrià. Some of the groups you’ll be able to see include: Coral Càrmina, Raval’s Band, Esbart Ciutat Comtal, Actea Cor Femení, Cobla Sant Jordi, Banda La Valenciana, Esbart Sant Martí and Cobla Mediterrània, among others.

Tickets for each session cost €6. You can get more information and your tickets on the Cultura Popular website.