Various spaces in the city
Information 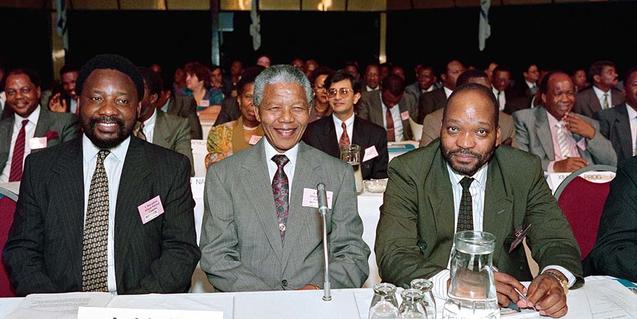 The May Docs screens a film by directors Rehad Desai and Mark J. Kaplan in various spaces in the city.

Throughout May the Docs of the month screens in various spaces in the city and also online the documentary How to Steal a Country, by South African directors Rehad Desai and Mark J. Kaplan. The film is a strong critique of a corruption case in South Africa in which Jacob Zuma, who was president of the country until 2018, was involved. A group of investigative journalists uncovered the case but the editorial staff where they worked suffered a heavy disinformation campaign. The case provided evidences that because of Zuma members of the Gupta Indian family used the country's income for their benefit through irregular stakes in coal mines, media and technology companies, and even fraudulent access to some public offices. An investigation was opened and Zuma denied all allegations against him but the film highlights the links between private interests and the South African government and encourages reflection on justice in the fledgling South African democracy.

The film is directed by Rehah Desai (winner of an Emmy Award for Best Documentary for the film Miners Shot Down) and Mark J. Kaplan, the director who has focused on pieces on social and political issues, human rights, memory, and history.

You can check the times and prices of each session, as well as book your tickets through the Docs Barcelona website. Online screenings are also available.