Check the schedules of the civic centres. 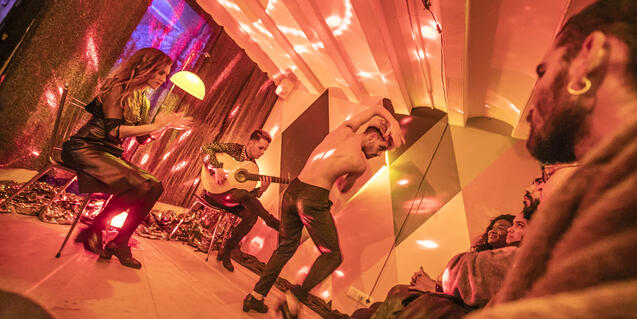 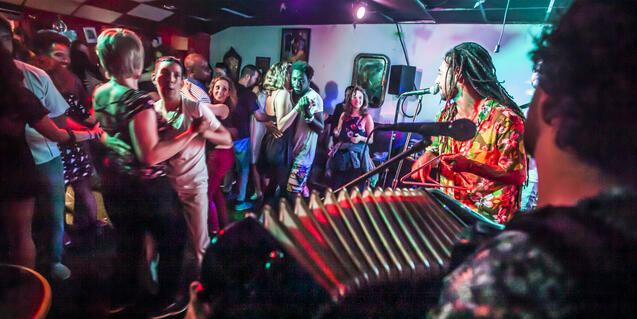 In addition to the most well-known live music venues, there are tens of other smaller venues in the city where concerts are programmed on a more or less regular basis. From restaurants to museums, to bookshops, civic centres and churches, hotels or even pottery workshops, music is present in all districts throughout the year. This is what Altres escenaris possibles aims to highlight. It is an exhibition by journalist Nando Cruz, born from a series of articles under the same title published by El Periódico de Catalunya between 2016 and 2020. The exhibition, which is mainly photographic with snapshots by Martí Fradera and design by Ada Sbriccoli, shows not only the diversity of Barcelona's stages but also the richness and musical variety of the artists who perform on them. At the same time, the organisers want to vindicate this grassroots cultural network and invite the public to enjoy, strengthen and expand it.

Altres escenaris possibles is itinerant and can be visited in different civic centres in Barcelona between 20 January and July 30. In each exhibition, there will be around 20 photographs on display, and each image will be complemented with three QR codes, which will give access to an article to discover more photos of that space and view a video fragment of the performance from the day the article was written. At the beginning of the exhibition, visitors will find a giant map of the city with more than 160 places where concerts take place or have taken place. At the end of the exhibition, there will be another map, in this case of the neighbourhood where the exhibition is located, where other concert venues that don't appear on the map of the whole city can be identified. In addition, a website with the 160 articles and photographs has been made available.

This is the planned calendar of exhibitions:

Each will be inaugurated with a talk presenting the project. The opening conference will pay special attention to the musical life of the neighbourhood to which the civic centre belongs and will invite guests to identify and describe other active musical spaces in the area. During the last weekend, they have programmed a walk around the neighbourhood to locate and visit some of the most interesting venues in this network of local stages that make up the musical network of the territory.

The project has been organised by the Institut de Cultura de Barcelona (ICUB) and the Xarxa de Centres Cívics with the support of the programme Barcelona Interculturalitat.