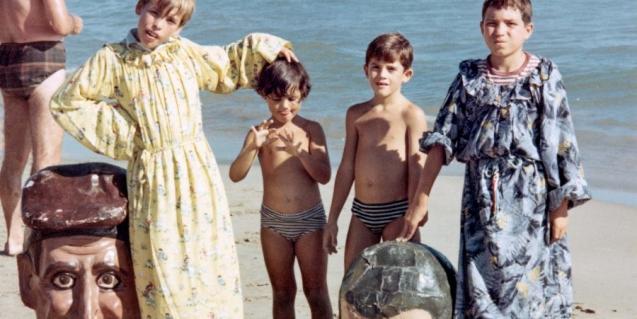 The foyer of the Fundació Joan Miró introduces a collection of photographs by Joaquim Gomis taken between 1965 and 1975.

Joaquim Gomis, a representative of the historical avant-garde, portrayed almost an entire century of summers by the sea. A small part of this immense photographic collection is currently on display at the Joan Miró Foundation's foyer until 18 September. The exhibition is called Long days, short nights and consists of images taken in Sitges and Ibiza between 1965 and 1975. In the pictures, you can see tourists on the beaches although some also showcase the locals' own leisure activities, especially local festivals and popular traditions. These are moments captured with his camera during years of strong social and generational transformation. The exhibition has been curated by Martina Millà.

About the photographer's work, the Foundation explains: "He looked with a curious eye at the evolution of customs and contrasted it with what still remained of the most ancestral traditions linked to the summer months, such as the festival of Sant Joan". It is also reported that during those years, "age made him change roles and he began to capture, with new cameras and new types of film, the forms of tourism and leisure that were emerging". Gomis was born in 1902 in Barcelona and died in the same city in 1991. He was a businessman, art promoter, collector and also president of the Joan Miró Foundation between 1972 and 1975. His photographic collections are preserved in the Gomis Fund of the Arxiu Nacional de Catalunya, for which the Miró Foundation manages the rights. There are around 70,000 images, as well as other documentation such as letters, press collections, books and catalogues.