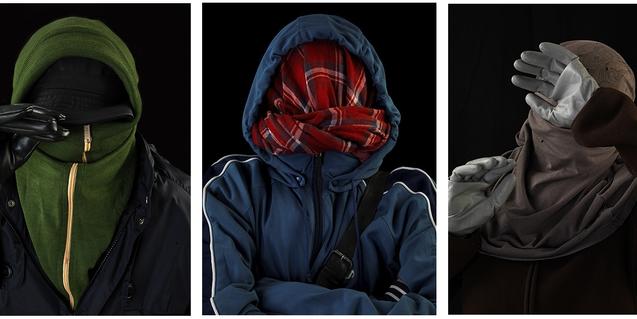 Around 20 creators explore the battleground that facial image recognition has become between those who expose themselves and those who hide.

The unique and unmistakable face that identifies us, which previous technologies — from Neolithic ritual masks to cinema — were never able to capture, is now seriously threatened by the voluntary exposure of millions of people on social networks and the indiscriminate — and often improper — use of facial recognition systems.

The Fundació Foto Colectania is introducing a collective exhibition with works by more than 20 artists on the bidirectional control of our face. On the one hand, we find the actions that we all exert on our physical appearance so that others perceive us in a certain way. On the other, the guardianship that various authorities try to exercise over our identity in order to control us.

The exhibition, named Face Control, is a critical reflection on the social, political and cultural consequences of this systemic and systematic monitoring by people in power through the measurement, recognition and recording of faces through technological means such as Artificial Intelligence. It also questions the obsession of many people to project a particular image on social media that does not correspond to reality through the use and manipulation of photographs and videos. In some cases, the assumption and reproduction of the prevailing aesthetic canons lead many people to hide, lose or renounce their genuineness.

The exhibition brings together different approaches, from the works of renowned authors including Diane Arbus, Thomas Ruff and Richard Hamilton, to the creative practices resulting from the intersection of the new technologies of Trevor Paglen, The Late Estate Broomberg & Chanairin and Shu Lea Cheng, as well as emerging artists and proposals taken directly from the Internet and social media.

If you show the ticket for this exhibition at the ticket office of the CCCB, you will get a 50 per cent discount to visit the exhibition The Mask Never Lies.