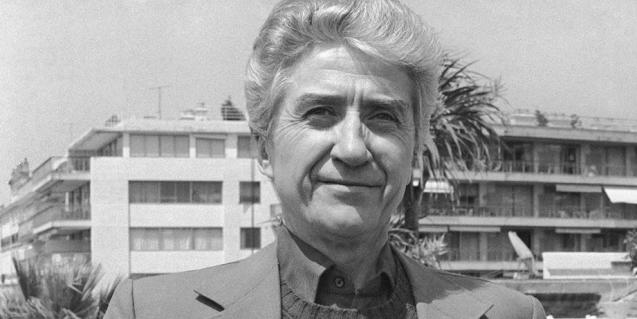 The Filmoteca de Catalunya dedicates a cycle to the French filmmaker's most uninhibited vision of theatre, music and comics.

The early films of Alain Resnais (Vannes, 1922 - Paris, 2014) had a serious tone. In fact, he was known as "the filmmaker of memory" because many of his films dealt with history — concentration camps, Hiroshima, the Nazi occupation, Algeria, the underground resistance against Francoism, or the Stavisky affair — but also with the knowledge accumulated in the Bibliothèque Nationale (Toute la memoire du monde) or the exploration of the workings of the brain (Je t'aime, je t'aime or Mon oncle de Amerique).

Little by little, over time, a much more frivolous Resnais surfaced. This one was a lover of musical comedy and vindicator of boulevard theatre (Mélo and Pas sour la bouche), and an admirer of comic strips (I want to go home). He also crafted a script based on the French popular songbook (On connait la chanson) and a great tribute to actors (Vous n’avez encore rien vu).

In 2015, on the occasion of his death, the Filmoteca dedicated the retrospective Resnais no era únicament sever to vindicate his more lighthearted side to him. And now, on the occasion of the centenary of his birth, the Filmoteca is focusing on the more playful and apparently less significant aspects of his filmography, in collaboration with the French Institute. Under the name Alain Resnais: el teatre, la música i el còmic, the programme includes the screening of eight of his films — Mélo (1986), on the 3rd and 6th; I want to go home (1989), on the 4th and 7th; Pas sur la bouche (2003), on the 4th and 13th; La vie est un roman (1983), on the 5th and 11th; Smoking (1993), on the 21st; No Smoking (1993), on the 21st and 24th; On connaît la chanson (1997), on the 27th; and Vous n’avez encore rien vu (2012), on the 31st — as well as two others that inspired him: the first adaptation of Mélo (1932), a work with the same name by Henri Bernstein, in charge of the director and violinist Paul Czinner, and the musical The Band Wagon (1953), by Vicente Minnelli, with Cyd Charisse and Fred Astaire.

To introduce the cycle, the Filmoteca will be attended by François Thomas, a professor of film studies at the Sorbona Nouvelle-París 3 University and an author of reference books on the filmmaker and contributor to the magazine Positif, which is celebrating its 70th anniversary.

Tickets for each session cost 4 euros — 3 for the reduced fare — and you can buy them in advance by clicking on each of the titles that make up the schedule in this link.