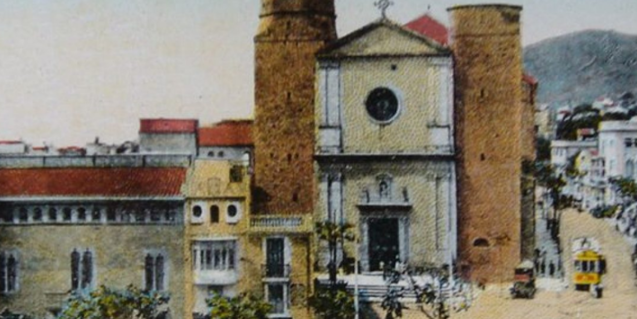 The Fundació Amics del Museu Nacional d'Art de Catalunya is organising a new series of guided tours to showcase the history and heritage of an essential part of this Barcelona district.

This September, the Fundació Amics del Museu Nacional d'Art de Catalunya (MNAC) is relaunching the guided tours Sarrià, vila i barri to showcase the urban and architectonic history and heritage that have survived the years.

From its agricultural origins — especially its wine-growing roots —, the Sarrià neighbourhood acquired more and more relevance during the 16th and 17th centuries, gradually developing into an urban society of craftsmen and artisans, with a proliferation of summer villas and towers. In the last third of the 19th century, the neighbourhood's addition to Barcelona, together with Horta, was considered and in 1921 finally consummated – despite the opposition of its neighbours.

The tour starts at the gothic church of Sant Vicenç. The MNAC houses nine panels that were part of the altarpiece of the high altar by painter Jaume Huguet, one of the greatest exponents of the Hispano-Flemish style.

Major Street is the main artery of the neighbourhood. There, you can find a cluster of stately towers such as Casa Margenat, the oldest one, or Can Canals Miralles, next to some emblematic establishments including the Foix pastry shop. The hustle and bustle of this street contrast the charm and quiet of the Mallofré passage or Canet street.

The dynamism of Sarrià's society gave rise to century-old entities such as the Centre Excursionista Els Blaus, from which the group Dau al Set was born, or the Centre Cultural l’Orlandai, located in the old Galve house, which, until 2003, was characterised by its Catalan project of pedagogical renovation.

The itinerary ends at the cemetery, located in the neighbouring district of Les Tres Torres. It is a humble place of small dimensions, in accordance with the humble past of its people. While there are no large pantheons, it hosts the tomb of poet and writer Joan Vicenç Foix, one of the most outstanding avant-garde Catalan authors, as well as the tombs of some other famous people.

A total of four guided tours led by historian Alba Casarramonahere have been scheduled for September 10, 15 (fully booked), 17 and 25. If interested, you can book your spot for the tours here. Members of the Amics del MNAC will receive a discount of 10 euros on the established price.

The activity has an approximate duration of two and a half hours, so participants are advised to wear comfortable shoes and bring some water with them.