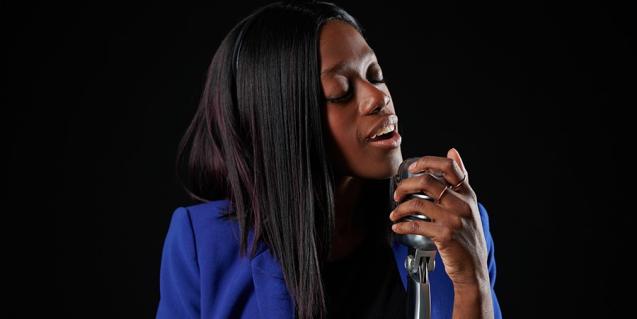 The Harlem Jazz Club is committed to this musical genre before the summer break from 14 to 22 August.

In addition to the jam sessions at 10:30 p.m. on 2, 4, 9 and 11 August and the performances by Chino & The Sharps at 11 p.m. on 12 August, the Harlem Jazz Club has scheduled three soul concerts to add to the venue's jazz and swing offers.

After their debut on 16 July, Aisha Fay Acoustic Trio will be performing again at 11 p.m. on 5 and 6 July. The singer and songwriter, who is currently playing the role of Alline in the musical Tina Turner in Madrid, has three singles — Hush, Sorry and On my mind — and was previously a member of The Gospel Viu Choir for more than ten years. With Acoustic Trio, Aisha Fay delves into the great songs of modern soul and pop, accompanied by Aarón Paredes (percussion) and Jordi Costa (guitar).

And on the 13th, also at 11 p.m., it will be the turn of GeniGen & The Busted Crew, a soul band from the 60s and 70s with blues undertones in the style of Aretha Franklin and Etta James. Based in Rotterdam, their repertoire alternates very personal black music covers with their own songs composed by GeniGen (vocals) and Pablo Sánchez (guitar). The vocalist, who has played with great musicians from the Dutch scene, will be accompanied on stage by the already mentioned Pablo Sánchez, bassist Alfredo Giménez and drummer Marc Gómez.

Tickets for the concerts cost 13 and 14 euros, respectively, and can be purchased in advance at the corresponding links.