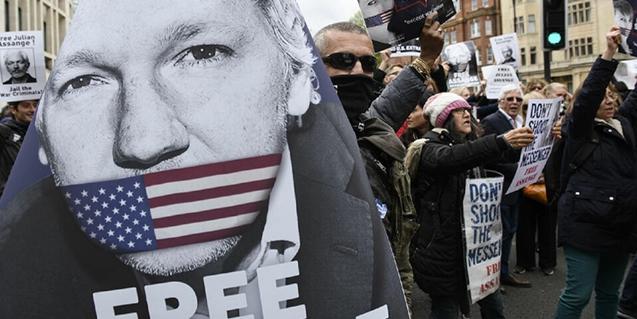 The event will screen more than a hundred films through different digital platforms.

The War on Journalism: The Case of Julian Assange is the film chosen to inaugurate, on December 1, the 17th edition of the Festival de Cinema i Drets Humans de Barcelona (Barcelona Film and Human Rights Festival), an event that will allow you to watch more than a hundred films until March 5, 2021, this time using different digital platforms due to the health situation. The organisation, Drets en Acció (Rights in Action), recalls that the festival has been on the Assange case since the beginning, in 2014, and the press conference for the presentation of the event was attended by John Shipton, Julian Assange’s father, as well as Nils Melzer, UN rapporteur, Juan Luis Passarelli, director of the documentary, and Toni Navarro, director of the festival. The projection of The War on Journalism: The Case of Julian Assange will be its world premiere.

Beyond Passarelli's documentary, the films in this edition deal with climate change and sustainable humanity, democratic development, fundamental rights, poverty, citizen empowerment, hate speech, violence, economic and health crisis, children’s rights and the protection of the elderly, labor rights, migratory exoduses and freedom of expression in journalism. Some of the films highlighted by the organisers are the Japanese Un asunto de familia, by Hirokazu Kore-eda, winner of the Palme d’Or at the Cannes Film Festival; Gabriela Galavacha's film La mala noche; the documentary Biografia del cadáver de una mujer, by Mabel Lozano; Artemisia Gentileschi - Pintora Guerrera, by Jordan River; Birth Wars, by Janet Jarman; or the documentary Of Fathers and Sons, by Talal Derki, nominated for the 2019 Oscars. The covid-19 and the health crisis will also be present at the festival in Coronation, the latest work by Chinese artist and activist Ai Weiwei, where he examines the political spectrum of Chinese state control from the first to the last day of Wuhan’s lockdown.

Find out all the details of the program on the Festival's official website.