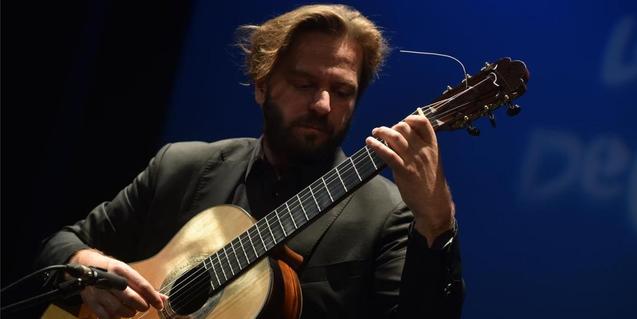 The third edition of the International Guitar Festival "Ferran Sor" will be celebrated this September.

September 13 will mark the start of the III International Guitar Festival "Ferran Sor. The goal of the event is to raise awareness of the work of the Barcelona composer and guitarist Ferran Sor i Muntades, the most outstanding figure in the history of the 18th-century guitar. As a composer, performer and pedagogue, Sor had great expressive power. He turned his guitar into a dynamic and heterogenous means of communication, moving in different styles and formations of the time. The festival, organized by the Societat Sor de Barcelona, in collaboration with the Conservatori Municipal de Música de Barcelona, has programmed several concerts, masterclasses and conferences, in addition to displays you will find in the venue, that will run until September 18.

The festival will open with a concert by Polish guitarist Marcin Dylla. Every day, a different musician will conduct the masterclasses in the morning, a free trial of luthiers' guitars at midday, and lead the evening concerts starting at 8.30pm. Joining Dylla will be guest guitarists Anabel Montesinos, Guillem Pérez-Quer, Alí Arango, Josué Fonseca and Marco Tamayo. The closing concert will feature Spanish Sara Guerrero, winner of the second prize at the International Guitar Contest Miquel Llobet 2020, and the students of the festival's masterclasses.

The tickets are 15 euros, except for the closing concert, which is 10 euros. Each masterclass is 80 euros, though you can buy tickets for more than one class. You can find the tickets for each of the events here.