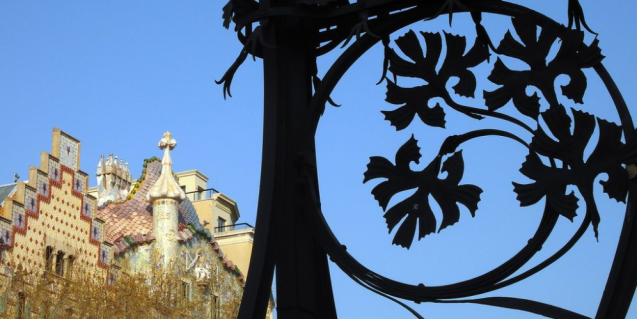 The Navas Civic Centre is organising an itinerary to reflect on how the ostentation of fortunes was built.

No one doubts the beauty of the city's great modernist works, designed by illustrious names of the likes of Antoni Gaudí, Josep Puig i Cadafalch or Lluís Domènech i Montaner, or the importance they have had and continue to have for Barcelona, for example from the tourism perspective. However, it is also well known that most of these buildings were commissioned, between a century and a century and a half ago, by wealthy families, and that perhaps rather than looking at the artistic value of the houses, what they wanted when they asked the architect in question for the work was simply to show off their great fortunes. This is the subject of the guided tour organised by the Navas Civic Center, to be given by the architect and historian Juan Pablo Antonelli on Tuesday, 13 December from 10.30 am. It is entitled La Barcelona d’or, and registration, at a cost of €11.75, must be made in advance at the organising Civic Center.

The itinerary aims to encourage reflection on how these buildings were built, who their promoters were, to learn about their biographies and to explain where their fortunes came from. The route will take on Passeig de Gràcia and its surroundings, and will therefore include visits to many of the best-known Modernist buildings in Barcelona, such as the Isle of Discord (Casa Lleó i Morera, Casa Amatller and Casa Batlló), Casa Milà, Casa Fuster, Casa Vicens and the former Montaner i Simón publishing house, now home to the Antoni Tàpies Foundation. It is therefore a good opportunity to discover or rediscover many of the city's great modernist works – and to do it with a critical eye.