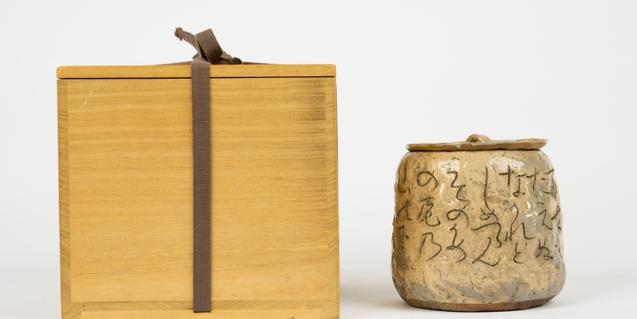 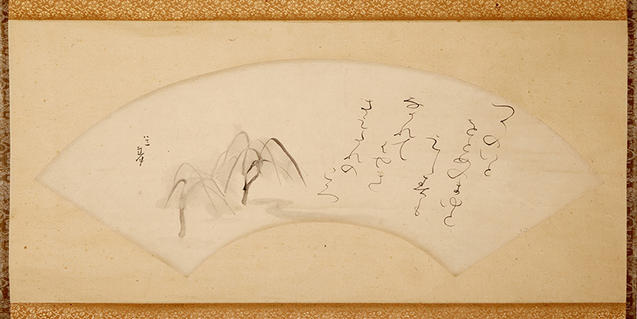 The Pedralbes monastery extends the opening schedule to visit the exhibition about ceramics from the 19th century by Ōtagaki Rengetsu.

From 19 November to 17 April 2022, the Reial Monestir de Santa Maria de Pedralbes is introducing, for the first time in Catalonia, the life and work of this extraordinary woman, thanks to the collaboration of the col·lecció NAEJ.

The opening conference will be given by the curator of the exhibition, John Stevens, at 6.30 p.m. on 19 November, which can be followed live on the centre's YouTube channel. However, if you'd rather attend in person, tickets are 3 euros. To get them, call +34 93 256 34 27 or write an e-mail to reservesmonestirpedralbes@bcn.cat.

Ōtagaki Rengetsu (1791-1875) is probably one of Japan's most creatively talented women of the 19th century. "She was one of the brightest lights in Kyoto": nun, martial arts teacher, traveller, dancer, poet, calligrapher, ceramist and painter.

It is thought she was the secret daughter of a geisha and a samurai. A few days after she was born, she was adopted by Ōtagaki Teruhisa and Nawa and baptised with the name Nobu. As a child, she received solid training in the arts as a servant at Tamba-Kameyama Castle. Later, she suffered the loss of her two husbands and four children, and at the age of 33, she renounced secular life and entered the Buddhist faith. It was then that she adopted the name Rengetsu, which literally means Lotus Moon, and chose to live her existence through spiritual and artistic experiences.

That is why, in order to make a living for herself, she started making and selling pottery. From the 1850s onwards, she produced tens of thousands of pieces (bowls, plates, teapots, censers, etc.), creating an enormous corpus of ceramic art. It is said there was one piece in every house of Kyoto. To make them more attractive, she decorated the pieces with her own poems, handwritten or incised.

Her success as a potter is directly linked to her feminine identity, her life of meditation and her skill as a poet. She was very adept in the classical waka, which is the five-line, 31-syllable verse form, and was a forerunner of the modern metric, the tanka, and the novel. The words used and the phrases constructed are full of subtleties and admit multiple interpretations, depending on the context, mood, feelings expressed and how all elements of the poem are related to one another. In her case, her poems focus on the ephemeral and illusory nature of human existence.

Rengetsu also stands out for the expressiveness, personality, cleanliness, proportion and compositional perfection of her brushstrokes, both in her ceramics and paintings. Her style, which she taught herself, framed the paintings of a large number of painters of the Shijō school in Kyoto. Together with Tomioka Tessai, they also drew everyday objects and some more complex scenes on paper.

Given the anticipation, the monastery's museum is extending its usual opening hours and, for the duration of the exhibition, will remain open from Tuesdays to Sundays from 10 a.m. to 7 p.m.