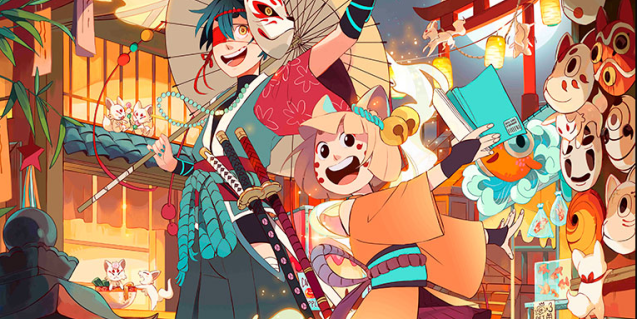 This is the 28th edition of this benchmark festival, which will now be held at Fira de Barcelona Gran Via.

After two editions marked by the pandemic, which, among many other restrictions, prevented guests from Japan from attending the festival, everything is ready for an ambitious and presumably massive 28th edition of Manga Barcelona. The first new feature is the change of location: it will be held at the Fira de Barcelona Gran Via, which means more square metres and larger capacity. It will run from 8 to 11 December, so buy your tickets now if you want to go, because there are only a few left!

The organisers highlight the opening of new spaces in the festival, the adaptation to the current editorial reality, the many presentations that will be made, and the extensive programme of debates, talks and conferences, with a variety of topics – though always, of course, with manga, anime and Japanese culture as the central themes. Among the participants are Nabaka Suzuki, author of The Seven Deadly Sins; Shun Umezawa, recent winner of the Japan Media Arts Festival Award for Excellence; the musical performance of Japanese singer Yoko Takahashi; the pop of Faky, and the harder sounds of Mahousyoujo Ni Naritai. Visitors to Manga Barcelona will also find spaces dedicated to Japanese gastronomy and to learning Japanese language and culture. The Auditori will be the venue for anime and live-action film premieres, while the Manga Kids area will be a great place for the youngest visitors to have a great time. The poster for the 28th edition of Manga Barcelona is the work of Sara Lozoya.

All the details of the programme can be found at this link.