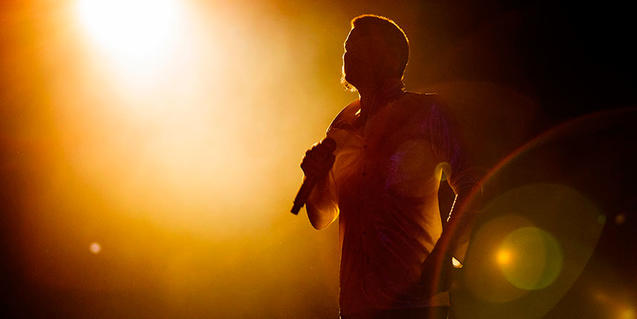 Pop, rock, flamenco, hints of hip hop... all styles have a place in a very eclectic Guitar BCN21 and full of proposals for all tastes.

The Guitar BCN festival which started this year on February 12th, is packed with numerous high-level performances during May. Concerts start with the inexhaustible Coque Malla who sees the start of the month at the Liceu theater on Wednesday 5th at 20:00. Tickets are available from 26 €.

From this point onwards the festival offers a wide range of performances. The group Marcel I Júlia, which is made up of Marcel Lázara, former vocalist and songwriter of Txarango and his partner Júlia Arrey, will perform at Sala BARTS on May 6th at 20:30 with a price of 15 € at a concert postponed due to the decision of Sala Apolo to close indefinitely.

Friday 7th will be the turn of singer-songwriter Andrés Suárez who will interpret his latest work at Palau de la Música Catalana at 20:30. The same day Suu will bring her personal style to Sala BARTS at 19:00. Tickets are available for sale from 18 €.

At the same venue but on Saturday 8th, the artist María Peláe will offer her fusion of pop, hip hop, copla and flamenco and on Friday 14th Sala BARTS will hold the concert of Marta Soto, who is one of the brightest young singers and songwriters of the country with a promising future ahead of her. Her intense and communicative concert starts at 20:20.

The seasoned M Clan takes over the program on Thursday 20th of May at Sala BARTS with tickets starting at 20 €. The double session will represent their artistic trajectory. The same day at Sala Razzmatazz at 21:00 a concert of the singer Luciano Ligabue will take place. This bestselling Italian artist will present his show “30 years in one day” in which he will go through three decades of his professional career. The tickets have a price of 38 €.

Back to Sala BARTS, the 21st festival showcases the Argentinian singer and songwriter Kevin Johansen (tickets 30 €) on a performance that was expected to take place on April 23rd at Razzmatazz. BARTS will also be the stage for one of the most virtuous guitar players of the previous decades, New Yorker Joe Satriani, who will delight us on stage with rock on Thursday 27th at 20:30. Tickets can be bought from 38 €.

A day later, on May 28th, Juanito Makandé still has tickets available for his first session at BARTS at 18:00. The artist from Cádiz will fill the stage with his flamenco-like pop with a mix of bulería, R&B or swing, amongst other styles. Tickets start at 20 €.

Sala Apolo will be on the stage on the same date, 28th of May, for Judit Neddermann sister, Meritxell who will present her first album Inthebackyardofthecastle (2020) at 20:00. The ticket price is 15 €.

The Sant Jordi Club will host the anticipated concert of musician and songwriter Nil Moliner, who will release his new debut record “Bailando en la batalla” Saturday 29th of May. The same day but at Sala BARTS the singer and songwriter El Kanka will offer two sessions showcasing his wide array of musical styles: pop, flamenco, author’s song, folk, rock…

In charge of the closing act of the month of May of this year’s Guitar BCN edition will be Ciao Marina, who will bring their melodic pop to Sala Apolo on the 30th at 19:00 with tickets starting at 15 €.

You can find the program and tickets on the homepage of the festival.