People with the Targeta Rosa and under 30 years old, 19€ 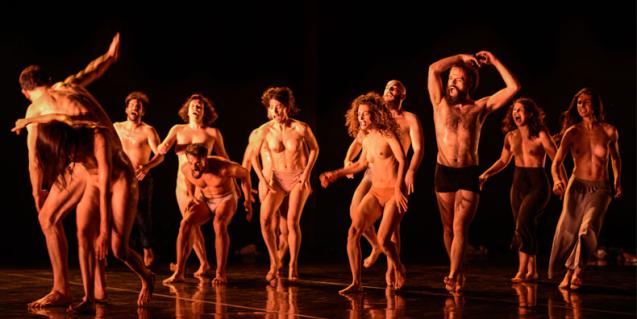 After three years on tour, this large-scale choreography returns to Barcelona, the place where it premiered.

Three years after its first run at this venue, the Mercat de les Flors is featuring Gran Bolero, by Jesús Rubio Gamo, in three sessions: 29 and 30 September and 1 October. Over the years, the production has garnered praise and awards, such as the Max Award for Best Dance Show 2020.

It took time for the author to materialise the idea. He confessed, "I was thinking about some things, and I didn't really know what to do". Until "one day I heard Maurice Ravel's Boléro from 1928, which is like an impulse forward," based on a traditional Spanish dance. "And I got in," he says, because "music and dance often save you from loneliness". For him, "dance makes the body hopeful" and "music transforms time into something better".

Initially, it was born as a fifteen-minute duet, but it soon became a large-scale choreography that deals with determination, the joy of effort and the pleasure of resisting, but also exhaustion. It is a dance that celebrates shared time and space and the intensity and transience of life.

Tickets for Gran Bolero cost 22 euros and can be purchased in advance at this link. You can also get a 30% discount if you buy the Jesús Rubio pack to see El hermoso misterio que nos une at this link.