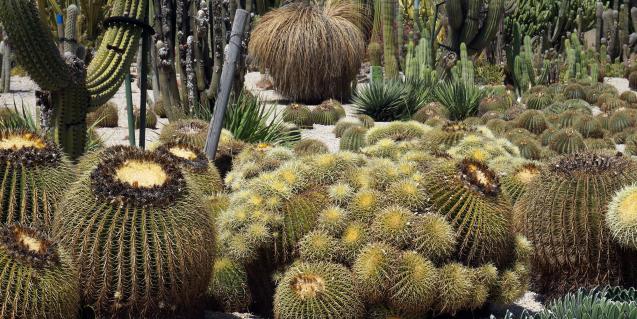 Discover all the secrets of the city's vegetation by following the Botanical Route offered by Visit Barcelona.

Barcelona has a wealth of botanical riches and, with it, many stories to tell. One of the areas with the most vegetation in the city is Montjuïc mountain, which, thanks to the parks in the area and their contrasting characteristics, has a great diversity of species. If you follow the Botanical Trial through Barcelona’s Montjuïc Park recommended by Visit Barcelona, you will be able to discover the tallest trees in the city, the botanical rarities of the Jardí d’Aclimatació and all kinds of aquatic vegetation that turns the ponds into colourful areas during the warmer months.

The itinerary has seven stops around the Poble-Sec area, one of the most interesting of which is the carob trees on the road leading to the National Art Museum of Catalonia, which played a key role in Barcelona's agricultural and city development. The mountain of Montjuïc has been the main source of building material, as its rock has been exploited since the time of the Iberians until the mid-20th century. This material was transported by mules and oxen, which needed a lot of energy to move large blocks to the construction site. This is the origin of the large quantity of carob beans, a common foodstuff to supply energy to animals and make their work easier!

One of the most charming stops is the Historical Botanical Garden of Barcelona, where you'll find three of the trees that compete to be the tallest in the city. An American ash, a narrow-leaved ash and a Rehder's winged walnut. They are so big that they conceal their height by growing inside holes, making a total of 32, 29 and 26 metres respectively.