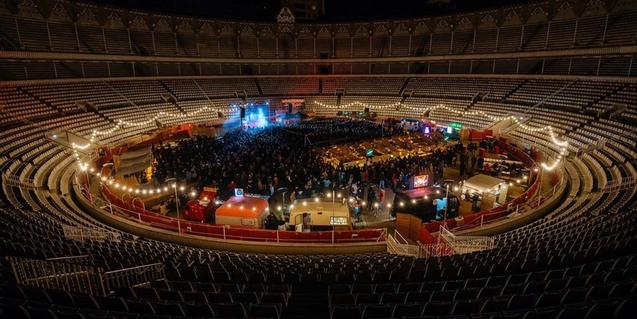 The cycle will also host performances by, among others, Ladilla Rusa, Dani Nel·lo and El Petit de Cal Eril.

There are a lot of people who want live music, as evidenced by the fact that after a few hours of opening the ticket sale for the Monumental Club cycle, some concerts had sold out. Different groups will even do two shows, but still don't run to buy tickets for the performances of Manel or La Bien Querida, because there are no more free seats. The programming of this initiative that hosts the Monumental bullring, however, has many other artists of interest, with concerts until the beginning of summer, and its organisers do not rule out adding more appointments to the calendar for September. A program, of course, adapted to the health measures of the moment, and which will also include shows for children, within the so-called Monumental Kids.

In the arena there will be, in most concerts, rows of chairs to sit near the stage and, further away, seats around tables. And that's because, if the restrictions of each moment allow it, in the Monumental Club it will be possible not only to listen to music but also to make a snack.

Back to the music section. The billboard is varied, with veteran musicians and others now beginning to emerge. Delafé will present the songs from their latest album on April 17, Ladilla Rusa will bring their humor to the square two different days, on May 7 and 8 (for this second the tickets are already sold out), and the saxophonist Dani Nel·lo will take it on stage on May 15. Marialluïsa i Penélope will play on May 29, and on June 5 it will be The Gramophone All Stars Big Band, a band that combines Jamaican music with soul and jazz. Mishima, Pau Vallvé, La La Love You, Da Souza, Dofí Malalt, El Petit de Cal Eril and Los Aurora complete - for the time being - the adults' program.