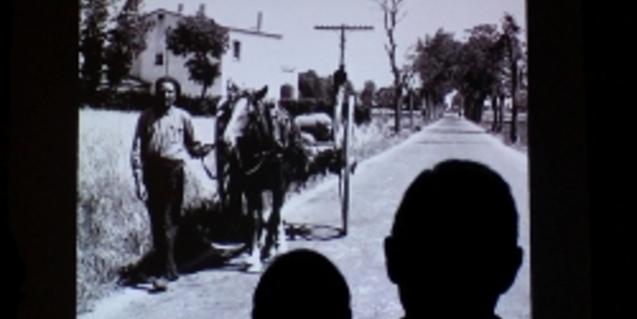 The 11th edition of the Mostra Internacional de Cinema Etnogràfic will be celebrated between July and December in different places of the Catalan territory. This year, the theme of the program is gender perspective, which is why a series of pieces that represent the change of paradigm that society is undergoing will be on display. In Barcelona, you will be able to enjoy four screenings, held at the Institut Català d'Antropologia on October 13, 20 and 27, of the films La caravane de mé Aïsha, a 2002 documentary directed by Dalaila Ennadre that explains the life of the poet and mystic Aïsha Messaoud and searches for traces of her memory; Tchindas, a documentary by Pau Garcia Pérez and marc Serena that follows Tchinda, a trans woman who came out of the closet in Cape Verde and is now a model in the collective; and lastly, two on the last day, the documentary Entre el dia i la nit no hi ha paret, directed by the Col·lectiu Espigolaores, which talks about the women who live or have lived in some small places in Valencia, and Crònica d’una joventut, retrats de l’acció col·lectiva, a compilation of testimonies of the expectations the young people of Tarragona have with their city.

This event is a showcase of audiovisual productions related to ethnological research and heritage in different formats, such as old amateur films, documentaries and action films – all serving as witnesses to the different ways of life in our society. The first edition of the festival was celebrated in Barcelona in 2011, the second in Esterri d'Àneu in 2012, and ever since 2013, it has been celebrated in different locations across Catalonia.

The sessions of the festival are free. Further information on the Institut Català d'Antropologia website