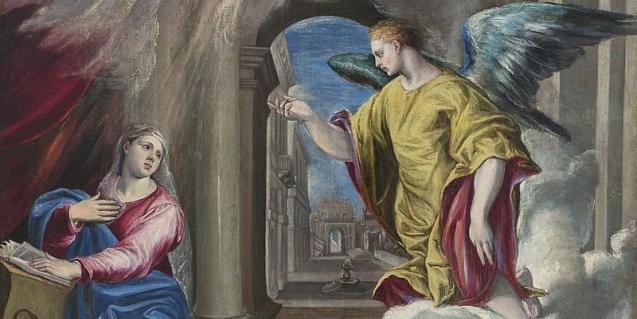 The confirmation signals the end of the judicial process started by the grandson of the businessman, claiming ownership of La Virgen del Pilar and La Anunciación.

The Fundació Muñoz Ramonet has been ratified as the rightful owner of the paintings La Virgen del Pilar, by Goya, and La Anunciación, by El Greco, belonging to the legacy left to the city of Barcelona by the businessman Julio Muñoz Ramonet. The ratification brings to an end the judicial process started by Manuel Castelo Muñoz, the grandson of the businessman, who lodged an appeal before the High Court to claim ownership of the works. Castelo Muñoz withdrew the appeal after the High Court passed a resolution indicating it would not be given consideration.

The two works are particularly important in the legacy of pieces left by Muñoz Ramonet, both of them forming part of the Rómulo Bosch Catarineu collection. The Spanish Civil Guard left the works in deposit at the home of Isabel Muñoz, one of the businessman’s daughters. Given the refusal of the daughters and the company Culturarter SA to comply with the various judicial rulings, in 2014 the Fundació Muñoz Ramonet filed a request with the courts for a judicial commission to take possession of the paintings. Both pieces were recovered in June 2017 and have since been kept at the MNAC.

The conclusion of the judicial process coincides with a change of director at the Foundation: the lawyer Alba Alarcón has assumed the post and replaced Anna Ferrer, who held the position from 2015 until retiring. Alarcón takes on the challenge of developing the new centre for art, culture and science, to be housed in the buildings left to the city of Barcelona by the businessman, according to the project approved by the Trust in March 2021 and within the framework of the legacy. Alarcón’s responsibilities include other tasks such as the administration of the Foundation, the execution of agreements by the Trust and collaboration in the promotion and development of the Foundation’s activities.

You can find more information on the Fundació Julio Muñoz Ramonet using this link.