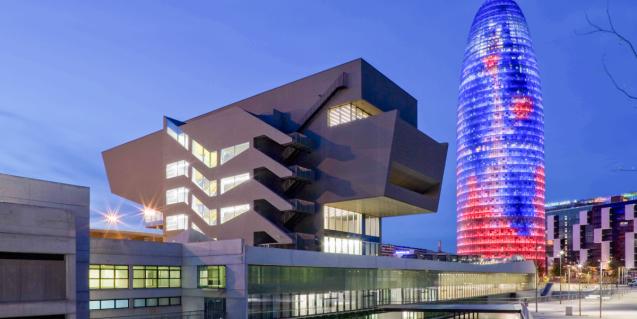 The Museu del Disseny de Barcelona continues to expand its Graphic Design Collection with posters and all types of graphic media.

Among the collections of the Museu del Disseny de Barcelona, we can find the Graphic Design one, which brings together posters, calendars, displayers, cards, boxes, cases, signs and all kinds of printed matter and graphic supports from the authors themselves or the collections of professional groups, such as ADG-FAD with the Laus Awards or the Graphic Communication Foundation.

Since 2007, the Museum has sought to recover - and continues to do so - the historical line of graphic design in the 20th and 21st centuries, selecting the most representative authors and production, mainly Catalan, but without forgetting contemporary Spanish authors.

The collection began with a selection of posters, considered the most emblematic elements of graphic design, which were brought together in the exhibition Posters. Collection at the Gabinet de les Arts Gràfiques. From then on, the Museu del Disseny began to collect everything that makes up the world of graphic design: commercial and event posters, packaging, small printings, corporate identity, books and magazines, Christmas cards, etc.

You can find some of the first graphic designers of the 20th century represented, such as Pla-Narbona, Antoni Morillas, Joan Pedragosa and Ricard Giralt-Miracle. The list continues with artists from later generations, which keep the collection growing, with names such as Javier Mariscal, Toni Miserachs, Carles Rolando, América Sánchez, Enric Satué, Claret Serrahima, Pilar Villuendas, Yves Zimmermann and Peret.

In total, more than 6,000 pieces show the evolution of graphic design produced in Catalonia or related to it. If you are interested, you can browse more than 3,000 references online, classified by material, at this link.

Tickets to visit the permanent exhibitions cost 6 euros - 4 for the reduced price - and can be purchased in advance at this link.