Opening and closing, free. 25, 26, 27 and 28 of November, 6 € per session. A 50% discount for CaixaBank clients. Family and complementary activities, free 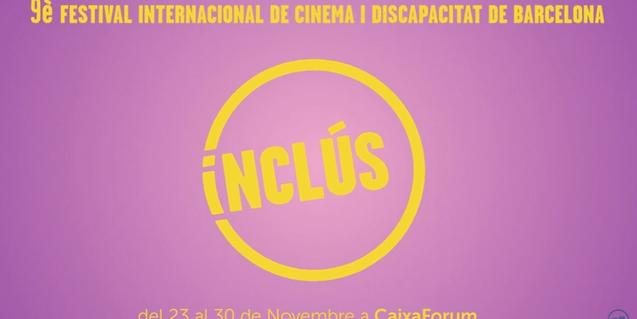 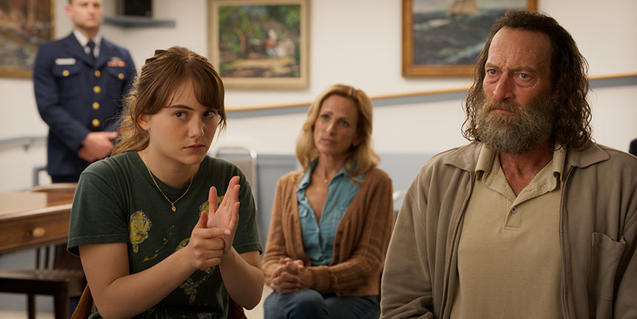 The Caixaforum will host the screenings of the Festival Internacional de Cinema i Discapacitat de Barcelona, which will recover other activities for specific publics.

After last year's virtual edition, the ninth edition of the Festival Internacional de Cinema i Discapacitat de Barcelona Inclús 2021 is back in person with the Caixaforum Auditorium as the centre of operations. The 2021 edition will also consolidate its television programme through La Xarxa de Comunicació Local and betevé.

The contest is an initiative by the Associació Inclús, a non-profit organisation that promotes inclusive leisure, universal accessibility to culture and the adaptation of all audiovisual content so that everyone can access it.

As always, the main focus of the event is the audiovisual competition, which is divided into four categories — short films, fiction, documentaries and audiovisual productions by organisations — with the aim to raise awareness of the reality of people with functional diversity and bringing this type of cinema to audiences who do not normally have the opportunity to enjoy it. In addition, the festival includes an amateur short film section called Posa't a la nostra pell, about the work carried out by different social and health organisations.

The jury is composed of the Chilean publicist Mauricio Riffo, the cultural producer Jeny Montagut and the filmmaker Marc Galver, who was the winner of the Festival Inclús 2020 with the documentary Astrid. The official selection includes 31 works from 14 countries including Canada, Korea, Greece, Iran, Mexico or Russia, which will be shown over six sessions. The opening session will be on 23 November at 7 p.m. with the film CODA. The most anticipated pre-screening of the season takes its name from the acronym of Child of Deaf Adults. It tells the story of a girl who is the only one who can communicate with her parents. Later, the audience will be able to listen to Karen, a CODA girl who will share her story.

The majority of the works will be exposed during 25, 26, 27 and 28 November, grouped in two consecutive sessions (around 5 p.m. and 8 p.m.). On 30 November, at 7 p.m., the documentary Yogurt Utopia, about the inclusive project of La Fageda Cooperativa, will close the event. The film El monstruo invisible, by the brothers Javier and Guillermo Fesser, about the life of an 8-year-old Filipino boy who works in a rubbish dump, will be screened on 28 November, at 6 p.m.

Thanks to the success of previous years, two activities for specific audiences on 28 November were maintained – Cinema blau for teens and kids (a family film adapted for the needs of children and teenagers with TEA) and Cinema en signes (an exhibition of short films in sign language, in which the public will also act as the jury). In addition, there will also be educational workshops for adults and secondary school students (on 24 November), a professional day (on 26 November) and family activities (on 27 November), all of them free of charge.

You can check the complete programme and get tickets through this link.