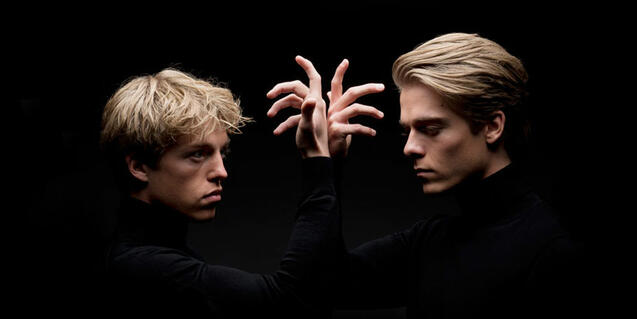 The Duch pianists are introducing the show 'The Carnival of the Animals of Saint-Saëns', accompanied by musicians from the Berlin Philharmonic.

The Palau de la Música Catalana will host, on 18 January, a concert by the pianist duo composed by Lucas and Arthur Jussen. They are two Dutch brothers born in 1993 and 1996 who are very popular in the Netherlands and Germany.

"The classical pianists that hook Millenials" — as they have been described in the press — are the sons of a flute professor and a timpanist from the Dutch Radio Philharmonic Orchestra. As children, they had teachers such as Jan Wijin, Maria João Pires, Ricardo Castro and Lang Lang. In 2006 they made their debut with the Radio Chamber Philharmonic under the baton of Jaap van Zweden, and in 2010, they signed a contract with the Deutsche Grammophon as exclusive artists of the label.

That year they spent six months at number two in the Dutch charts with their album Beethoven Piano Sonatas, and in 2011, they went gold with Schubert Impromptus.

After two years studying with Menahem Pressler in the United States, Lucas continued his training in 2013 with Dmitri Bashkirov at the Escuela Superior de Música Reina Sofía in Madrid, while Arthur continued his studies at the Amsterdam Conservatory with Jan Wijn.

At the Palau de la Música Catalana the duo will be accompanied by eight musicians from the Orquestra Filàrmonica de Berlín. They will perform, in chamber format, The Carnival of the Animals of Saint-Saëns, a work they released in 2017 and which also includes pieces such as String Quintet No. 2 in G major, op. 77, by Antonin Dvořák; Sonata for piano four hands, by Francis Poulenc, and Rapsodie Espagnole, by Maurice Ravel.

The concert is part of the cycles Palau Cambra and Nadal al Palau. You can buy your tickets through this link.