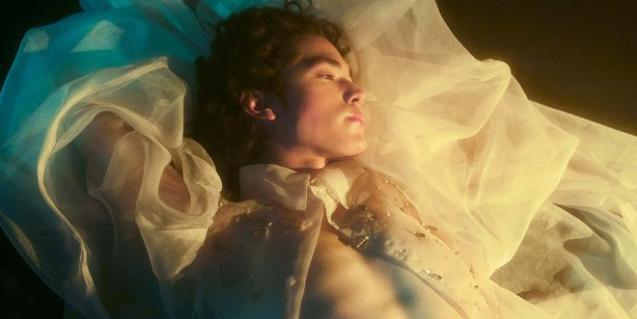 The singer and YouTuber Conan Gray will present at the Palau Sant Jordi the songs of his second album, 'Superache'.

On 20 May, Conan Gray will perform at the Palau Sant Jordi as part of his EU-UK Tour 2022. The American singer will perform hits such as Overdrive, which will be part of his second album, Superhache, to be released on 24 June.

Gray is a singer-songwriter, television producer, video blogger, and YouTuber. A 21st-century celebrity, in short. Born in 1998, he began his career by posting covers and video blogs on YouTube as a teenager. As a child, he lived for a couple of years in Japan with his maternal grandfather and then moved several times before settling in Texas. He was bullied in school for his oriental features and suffered from his parents' divorce, as he detailed in a Draw my life video. At the time, Teen Vogue referred to Gray as "the pop prince of the Internet's sad teenagers".

In 2017, he moved to Los Angeles and soon after released two singles, Idle Town and Grow, and his first EP, Sunset Season, which had over 300 million plays on streaming platforms. The album included the single Generation Why, which is considered a call to all millennials. He is currently one of the most listened-to artists on Spotify. In 2020, he released his first studio album, Kid Krow, which contained two major commercial hits, Maniac and Heather, and together made it to number five on the US chart.

As the pandemic slows down, the artist has started an international tour called the Conan Gray World Tour, which will bring him to Barcelona.

Tickets to see him live at the Palau Sant Jordi are 45.5 euros and can be bought in advance at this link.