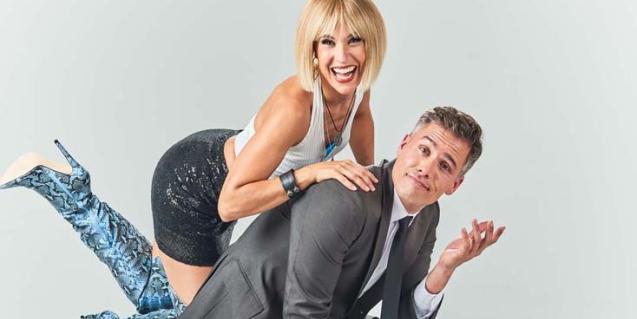 Bryan Adams is the composer of the theatrical version of Pretty Woman, which will star Cristina Llorente and Roger Berruezo in Barcelona.

Thirty-two years ago, a film starring Julia Roberts and Richard Gere hit the big screen and became an icon of the Seventh Art. The story has been described as an adaptation of the Cinderella story and of Pygmalion to modern times, that broke box-office records and that, even now, every time it is shown on television, it has a considerable audience. As you probably know, we're talking about Pretty Woman, a comedy directed by Garry Marshall and scripted by J. F. Lawton. In 2018, the musical theatre adaptation of that smash hit premiered at the Oriental Theatre in Chicago. It is a version that retains the essence of the film, complete with spectacular choreography and music composed by Bryan Adams and Jim Vallance. Roy Orbison's Oh, Pretty Woman, the film's big hit song (with the permission of Roxette's It Must Have Been Love), is also featured in the musical.

From 22 September, Pretty Woman. The musical can be seen in Barcelona, specifically at the Teatre Apolo. It is a version translated into Spanish with Roger Berruezo and Cristina Llorente in the leading roles, accompanied on stage by Rubén Yuste, Erika Bleda, Javier Ibarz, Sergio Escribano and Natán Segado, among others. It is directed by Carline Brouwer and the musical director is Arnau Vilà. In Pretty Woman, there is an encounter between two characters from very different worlds: a young prostitute and a rich businessman. Fate makes their lives coincide for a week, and, for both of them, nothing will ever be the same again. The reason: love.

The Teatre Apolo plans to keep this musical on the programme for the whole season, until 2 July next year. You can find more information and the tickets at this link.