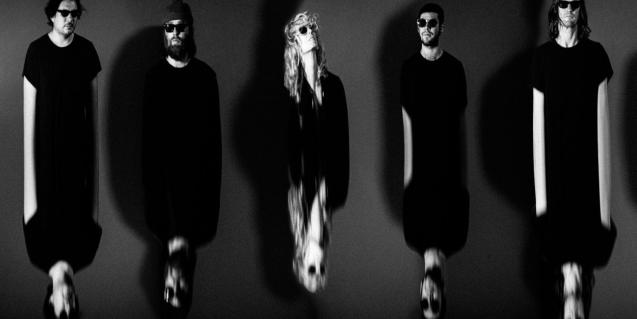 After five years of silence, The Black Angels present a double album in Barcelona, Wilderness of Mirrors, accompanied by Black Market Karma.

On 31st January, the Apolo will host the presentation concert of The Black Angels' latest album, the sixth of their career. It is called Wilderness of Mirrors and is a double album, the result of the five years that have passed since their previous album, Death Song.

The Black Angels is a psychedelic rock band based in Texas and one of the promoters and main headliners of the Austin Psych Fest that takes place every year in Carson Creek Ranch with historical bands such as The Zombies, The 13th Floor Elevators or Tame Impala.

Formed in 2004, they took their name from the song The Black Angel's Death Song by the legendary New York band The Velvet Underground led by guitarist Lou Reed and singer Nico in the late 1960s.

After appearing on a compilation album of psychedelic music, in 2006 they released their first album, Passover, which was well received on the underground rock circuit for its dark tones and lyrical content, to the point of being featured in some soundtracks and series of the moment, such as Californication. In 2008, the band released Directions to see a ghost with Young men dead as the standout track, which has recently been reprised in the second part of the video game The last of us. Later came Phosphene Dream (2010), Indigo Meadow (2013) and the aforementioned Death Song (2017).

The concert in Barcelona on the 31st is part of the celebrations that Primavera Sound is organising for its twentieth anniversary. The band will play their all-time classics -Black Grease, Bad Vibrations and Empires Falling- and the fifteen tracks that make up Wilderness of Mirrors together with the London band Black Market Karma, who have just released their eleventh album: Friends in Noise. Tickets cost 28.6 euros and can be purchased online by clicking here.