Different museums in the city
Information 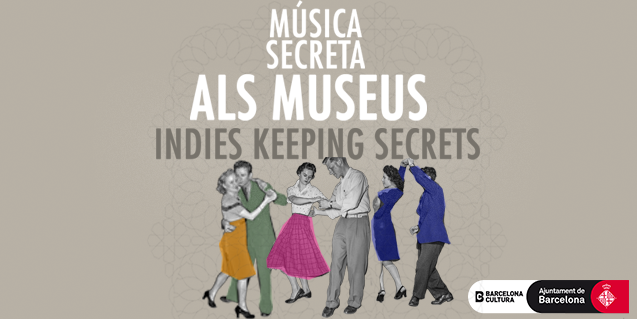 During this cycle, which will take place on the four Sundays of October, the concert's artist and venue will be kept secret from the audience until the last minute.

Four Sundays, four museums in Barcelona, four secret concerts. It's the Secret Music at the Museums program, organized by the Institut de Cultura de Barcelona (ICUB), Indies Keeping Secrets and Son Canciones, taking place on October 3, 10, 17 and 24 at 1pm. We can't say where it will be or who will perform, as this is what makes this initiative unique: the audience doesn't know the lineup until they are up on stage, and the location will be disclosed a couple of hours before the start via e-mail. During the week, however, the organizers will hand out clues on social media. On the other hand, what we can tell you is that the performances will take place in different municipal museums and the audience will be so close to the musicians they will be able to hear their heartbeats. They will be small concerts, with a maximum of 50 spectators. To attend, you will have to send an e-mail to info@soncanciones.com to ask for the tickets, which are free (with a maximum of two tickets per e-mail) and wait for instructions. Bookings will open on the Tuesday before each concert.

The initiative is part of the concert cycle Indies Keeping Secrets, organized by Son Canciones in Barcelona since 2013. There have already been more than 80 concerts with these characteristics in the city, in which artists such as Haley Heynderickx, Tiny Ruibs, Pau Vallvé, Pavvla, Woodpigeon and Raquel Lua have participated.