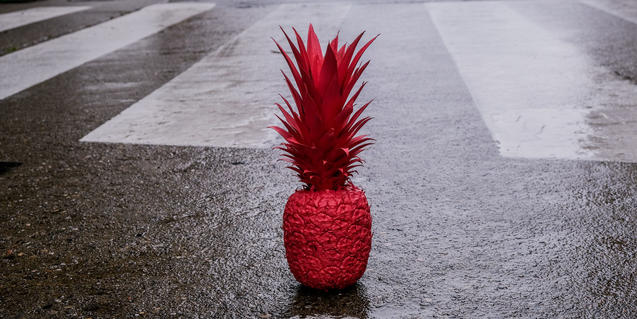 The most innovative proposals are coming to the neighbourhood, both consolidated and gestating ones.

Reaching “adulthood” is a major milestone for anyone, but it’s even more incredible for a theatre festival, since they have a long and rocky road. This is why the Festival Escena Poblenou is celebrating, and it’s doing so with a battle cry that proves its commitment to the performing arts, culture and female creators: “Fem Pinya!”. This edition’s programme will include 17 shows, 7 of them premieres, and 3 concerts. The opening play will be Habitació 1: Ultima Thule, a co-production with the National Theatre of Catalonia (TNC). A similar collaboration is the show entitled 360 grams, produced in conjunction with the Festival Terrassa Noves Tendències. In addition to these two, you can also see Under the Pelucas, Degenérate mucho, Anarchy and Volen volen, among many others. There are also proposals that are currently being gestated, such as Col·lapse and Pata de gallo, which will participate in the Embrions#6 programme.

The Festival Escena Poblenou will be held from 16 to 20 October in different venues, such as the TNC, Can Felipa civic centre and the Sala Beckett, as well as several outdoor venues. In addition to the artistic programme, there will also be opportunities to engage in dialogue around female creators and feminist thinking, with the new edition of Som Aquí. Plus, there will also be a new programme targeted at family audiences, called the Valentina project.

Tickets range from €0 to €20, depending on the venue where the event is held. You can buy yours on the Festival Escena Poblenou website.