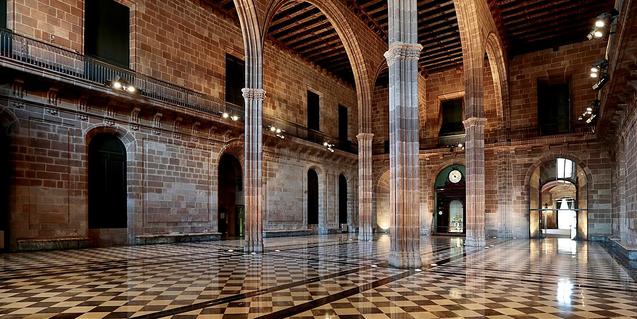 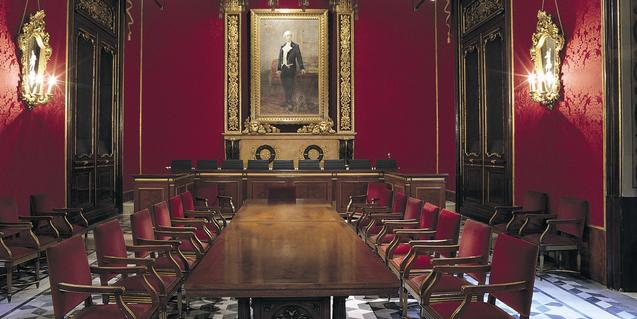 Tours to the Llotja de Mar are made every Saturday in September and October, and they are offered in Catalan, Spanish and English.

Also called Lonja de Cereales or Lonja de Barcelona, ​​the Llotja de Mar was the building where the merchants of Barcelona met and was intended for the hiring. It was the headquarters of the Consulate of the Sea and the Royal Board of Commerce of Barcelona, ​​and historical events have taken place here, such as the scene of the first opera performed throughout the Spanish state, on July 2, 1708, on the occasion of the arrival in Barcelona of Isabel Cristina de Brunswick, wife of the Archduke Charles of Austria. Located in the Pla del Palau, the current construction Neoclassical is a Cultural Asset of National Interest, it was built in the 18th century but it preserves the original Gothic nucleus built during the second half of the XIV century. To this day it is still a building linked to the sea, as it is the corporate headquarters of the Official Chamber of Commerce, Industry and Navigation of Barcelona, ​​while on the upper floors is the Reial Acadèmia de Belles Arts Sant Jordi. All this and many other things of interest will be explained to you if you sign up for one of the guided tours organized every Saturday in September and October. Barcelona Guide Bureau, a 50-minute tours offered at three languages: Catalan, Spanish and English.

In these guided itineraries you will know, among other spaces of the Llotja de Mar, the Sala of Contracts, from the 14th century, the Noble Scale, the Noble Floor, the Golden Hall and the Consulate Hall, as well as an important collection of sculptures. Visitors will discover many aspects of the history of the country, especially some of its political and economic institutions.