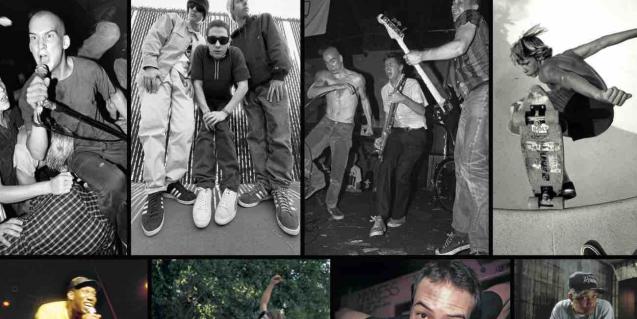 Glen E. Friedman, universally considered to be one of the most prominent photographers of his generation, is most well known for his influential images of rebellious artists from classic skateboarding, punk and hip hop.

His photographs of key figures such as Fugazi, Black Flag, Public Enemy, Run-D.M.C., Beastie Boys, Ice- T, Bad Brains and Dead Kennedys, as well as skateboarding originators Tony Alva, and Jay Adams, among many others, not only cemented the importance of these radical subcultures at their beginnings, but have become the definitive graphic documents of them today. Friedman's ubiquitous presence in the early stages of such significant movements allowed him a platform to capture the intense spirit of progression and angst that defined an era. His approach, more incendiary than documentary, is, according to Henry Rollins, furthered by the fact that he was,"...there at the beginning of so much cool stuff in so many different areas it's not funny."