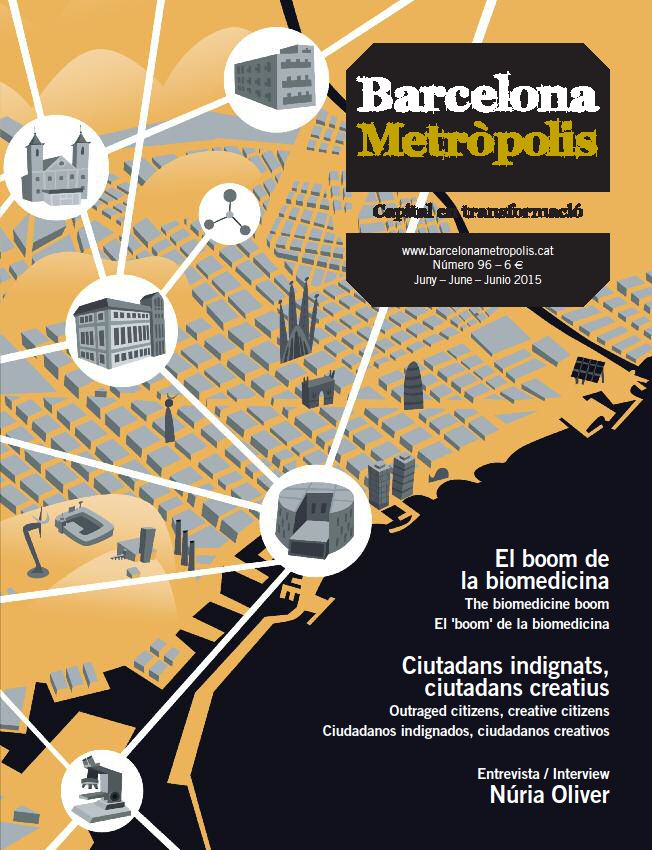 On the border between France and Switzerland sits CERN’s European Laboratory of Particle Physics, an international project involving around twenty European countries. A great many topics are being studied, including the origins of the universe, and they are all part of what is called basic scientific research. This type of research is as necessary as it is hard to understand, and CERN wants to make it more accessible to the general public. To do so, it gave a group of students from assorted universities full access to all its knowledge. It proposed some lines of work, giving the students six months to work together on them to present different product prototypes. One condition was that the teams had to combine engineering, design and business.

Thanks to the united efforts of three of its universities – BarcelonaTech (UPC), the IED Barcelona design school and the ESADE business school – Barcelona was perfectly suited to the project.

Josep Carner, Galyn Norwood, Jordi Sánchez Forés and fifteen other students from Barcelona spent two weeks at CERN’s headquarters in Geneva. During the following five months they met on a weekly basis, having to coordinate between themselves and students from other European universities. This took place in a room at IED Barcelona in Gràcia, where the creativity bubbled forth. Finally, they returned to CERN for two more weeks to finish the prototypes and present them to the scientific community. They are part of a group of talent crafting the produce of science. 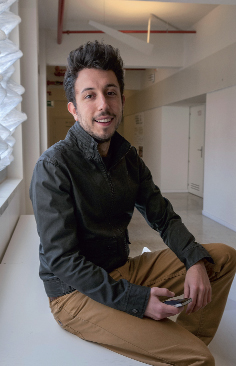 © Dani Codina
Josep Carner, who has studied two types of engineering at the UPC.

Josep Carner, born twenty-two years ago in Igualada, is a stellar student from the BarcelonaTech’s Interdisciplinary Higher Education Centre (CFIS), where he is studying for two engineering degrees at the same time, over five years, in telecommunications and computer science. At the time of writing, he was just about to start his final project. Josep’s profile is highly technological, but at the same time very entrepreneurial. “Once I’ve finished I’ll head to California. I’d like to start my own business, one based on a new activity that genuinely changes things around”, he asserts.

For the CERN project, his group worked on ideas for a product that would help to reduce food waste. There was coordination between students from the three Barcelona universities participating in the project and also with students from the Norwegian University of Science and Technology.

The idea they have developed is surprising, to say the least. It is a recipient that can detect the current condition of food and notify the user, for example by turning on a light to let them know if some tomatoes are about to go bad. Forgotten fridge items are known to be among the main causes of food waste in the developed world. The future could see this product adapted to any kind of food and any kind of recipient. The prototype has been selected for presentation at Milan’s TuttoFood exhibition this year.

Josep places high value on the creativity and innovative initiatives found in Barcelona. “I’d love to stay here, but if you want to set up a technology company, you have to go to Silicon Valley”, he explains. He has the impression that Barcelona is still lacking in entrepreneurial spirit, as well as laws and a university structure better directed towards the creation of new businesses. 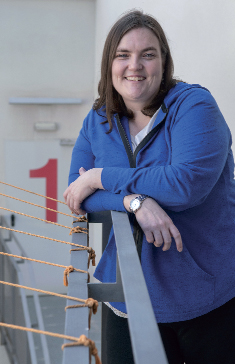 Listening to sounds in buildings

Galyn Norwood, a thirty-six-year-old native of Richmond, Virginia (USA) has many years’ experience working in the video games sector as a programming engineer. “Last year I decided to steer my career in a different direction and enrol at ESADE to study for a master’s degree in company management, which would complement my existing training from a business angle.” She says that combining her studies with the CERN project has been very demanding but definitely worthwhile. ESADE selected the students who would participate in the project, taking into consideration their existing technological knowledge, an area where Galyn met requirements more than adequately. Furthermore, it has been an opportunity for her to enhance her European experience by working with other students from Barcelona and from the Italian University of Modena and Reggio Emilia.

Her group worked on a project to improve public safety and wellbeing by combining different data. This starting point led them to present a prototype of an apparatus that is able to capture the sounds in any environment. Intended for public or industrial buildings or for offices, the idea is that the sounds provide relevant information that in any given moment may help the detection of when something is not working. The students managed to manufacture a reader machine that captures the sound and combines all of the information. This device can be installed in various buildings at once, with the data centralised on a website showing any problems detected.

For the time being, Galyn is planning to remain in Europe. She does not yet know whether she will stay in Barcelona or move to London, where she says that the language would make things easier. She is intending to create a start-up and considers the Catalan capital a place that is full of creative business energy, with events such as the Mobile World Congress invigorating its growth as an innovative city. “My spell in Barcelona has been inspiring and very fruitful”, she says. 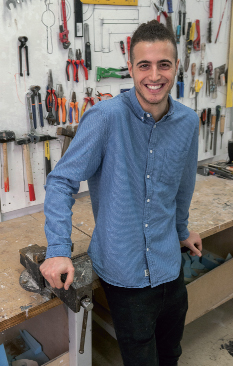 Jordi Sánchez Forés, twenty-four years old and from Barcelona, started off his first two years of university in industrial engineering , but ended up studying to be a product designer at the IED school in Barcelona. “It was an incredible decision. I was afraid, but had a feeling I was making the right decision. It’s changed my life. I’m now a very happy and motivated student.” He is currently finishing his thesis and it is five years since he designed, developed and marketed a brand of skateboards.

The CERN project appealed to him as a way of getting back to his engineering studies. His group, made up of the three Catalan universities together with Finland’s Aalto University, had to come up with a product to improve the lives of people with mobility problems. Initially, the creative energy was geared towards doing something for senior citizens. They then set their sights more specifically on older women, and made the observation that it is women who suffer most hip fractures from falls. This was how they came to create a prototype for a skirt with an airbag, which inflates automatically when it detects a fall. They considered it to be a finished product that offered a specific solution, as was the intention of CERN.

“The airbag skirt will go to Finland this summer, where it will be a part of a gathering of start-ups organised by Aalto University”, he explains. CERN permits public use of all its research without attaching any rights, with the intention  that these students – or indeed anyone else who so wishes – may complete the development and marketing of a pro-duct. For Jordi, Catalonia’s capital is one of the best cities to work in design anywhere in the world. Here design has a historic tradition, with recognised professional studios and a new centre, the Disseny Hub, capable of boosting the profession in Barcelona.