The Ball de Bastons de Barcelona has its own music project, made up by several choreographies and five expressly composed dances: ‘Ball de Bastons del Seguici’; ‘La Dretana’; ‘Els Bastaixos’; ‘El Trencafiles’ and ‘Els Miquelets’. The music is played by the group La Rambla de Ball de Bastons to the rhythm of pipes and violins.

One of the group's most typical features is their outfits, which are full of symbolism. They are inspired by a full de rengle [picture of people lined up] preserved of the Santa Maria del Mar Corpus Christi parade of 1855 in which a bastoner group took part. The component members of the dance wear a white hat from which nine ribbons of different colours hand, representing the groups the dance is made up of. The members' trousers and shirts are white, but the rest of their garments are quite colourful: they wear a damask waistcoat, a white overskirt with a blue edge, red gaiters and a blue sash. 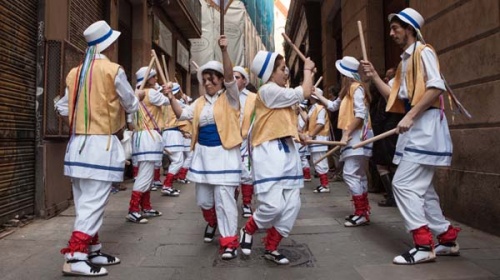 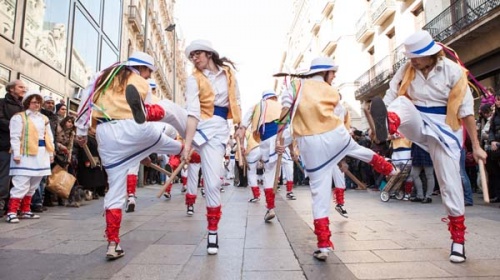 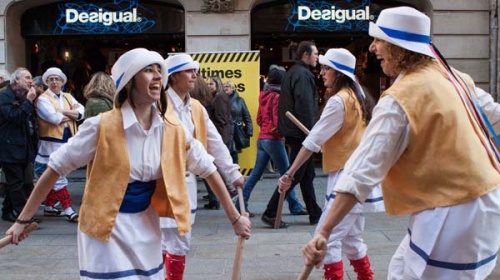 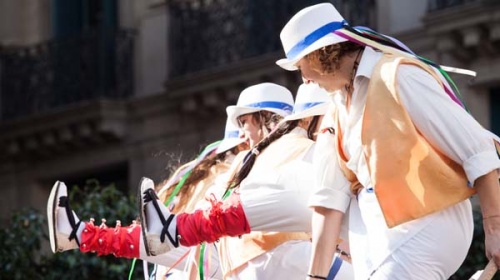