Sarrià was the last town on the Barcelona plain to be annexed by the city. Unlike most – Sants, Gràcia, Sant Andreu – it was not incorporated by the royal decree of 1897 but managed to drag out the process until 1921. Today, the festa major in honour of the Mare de Déu del Roser is one of the events that allows the people of Sarrià to reaffirm their identity.

It is a participatory festival with lots of neighbourhood associations involved in its organisation through the festival committee, the Comissió de Festes del Roser de Sarrià. People take part on an individual basis too, by decorating their balconies and facades or organising the communal meals held in lots of the old town-centre streets. The neighbourhood's many schools join in as well and every year they organise a musical street procession, a cercavila, with traditional dances and festival figures: gegants, capgrossos and diables.

The cult of the Mare de Déu del Roser spread across Catalonia in the 16th and 17th centuries, through the consecration of chapels and small altars. In Sarrià's case, legend tells us it stemmed from the beautiful rose bushes that blossomed every spring in the dry beds of the streams that used to flow through the town.

The festival as we understand it today, run by the festival committee, dates from 1973. 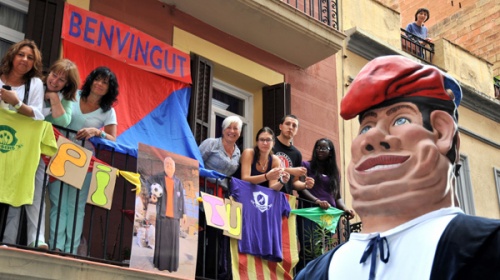 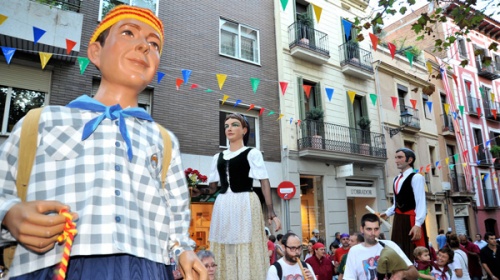 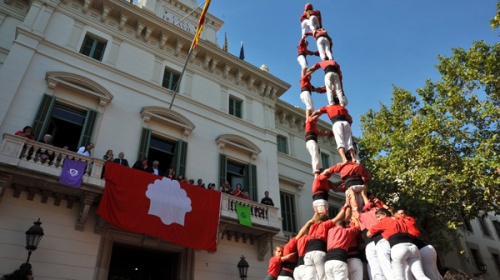 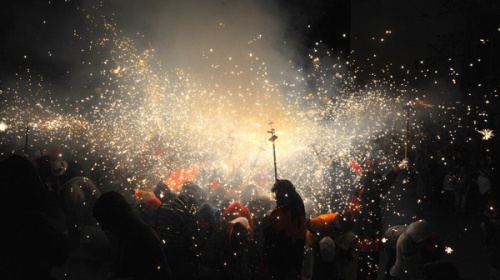 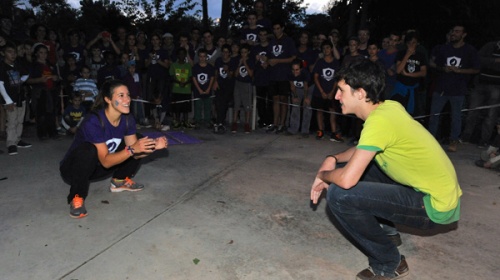 Sarrià's old giants are popularly known as the gegants de les dues cares because they each have two faces, representing two different characters. One side shows a bourgeois figure and the other a worker, two key figures in the development of the neighbourhood in the 19th century. They are the only ones like this in the city. But they are also unusual in other ways. When they were built in 1977, they were the biggest and heaviest giants in Barcelona.

Toc d’inici de Sarrià. The official start of the festa major is the Toc d’Inici, a representative procession of traditional culture in the neighbourhood that ends with a dance. The whole family of giants take part in this cercavila, plus the Esbart de Sarrià dancers and the devils of the local Colla de Diables i Diablesses. It finishes in Plaça del Consell de la Vila with the two gegants, Gervasi and Laieta, dancing to the Toc d’Inici tune.

Trobada gegantera. Sarrià's giants are the hosts of this giants' gathering, in which the whole family take part: Gervasi, Laieta, the older Dues Cares (Two Faces) and the little Blauet. They are accompanied by colles geganteres from around the city and the rest of the country.

Sarrià en flames. A drum tabalada and two correfoc fire runs, one for children and one for adults, are held together in one afternoon and evening of "Sarrià in flames". The Diables i Diablesses de Sarrià's drummers start it off with a tabalada round the neighbourhood's streets. Then comes the correfoc infantil and, a few hours later, the correfoc adult, which ends with a firework spectacular.

Sarrià's festival model is based on participation and innovation, so, since 2013, they have organised the Battle for Sarrià. The idea of this festival competition is to divide the neighbourhood into two camps, named after its two patrons saints: the Rosers, who wear green, and the Vicencs (after Sant Vicenç) who wear lilac. Throughout the festival the two sides challenge each other, fraternally, by playing games and taking part in sports tournaments. Each hopes to collect the most points and be declared the winner.