The aspa de Santa Eulàlia is a sugared brioche cake, like and X-shaped cross, decorated with glacé cherries. It is a typical to eat it on the Feast of Santa Eulàlia, one of Barcelona's two patron saints, and it is handed out with hot chocolate before the Laies procession, when they are waiting for the female giants that will lead it to gather. Some bakeries in Ciutat Vella and Sarrià make them specially and sell them during the day.

The X-shaped cross is attributed to Eulàlia because tradition says she suffered her final martyrdom on a cross and generally it appears with her image in any representations of her. 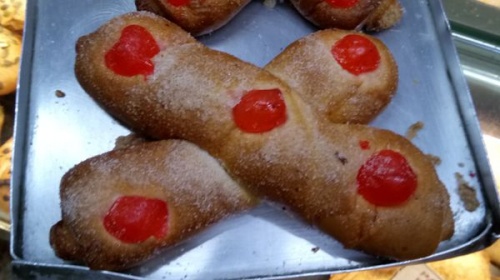