The  Bestialots Espurnats de la Sagrada Família were born in November 2008, thanks to the efforts of a group of people linked to other cultural associations in the district. They had their baptism of fire in the neighbourhood festival, with the Sagrada Família dragon Farfolla and the devils of the Fures de Can Baró as their "godparents"

They wear a black outfit, with red and orange flames round their waist, on their sleeve cuffs and the bottom part of their trouser legs, although each member of the group has added their own touches.

In 2011 the Bestialots incorporated Llucifer, a character identified by a his cape and mask who was given a sceptre the following year. They added the Diablessa, a female devil, to their number in 2014 and also set up a percussion group.

One of the group's aims is to promote and spread the traditional fire culture. So, from the very beginning they have organised and held children's workshops, as well as organising the fire-related activities for the local annual and Autumn festivals, the Festa Major and the Festa de Tardor. Since 2009 they have taken part in the midsummer Sant Joan celebrations, which they helped to revive, and the following year the took part in the La Mercè festival correfoc for the first time. 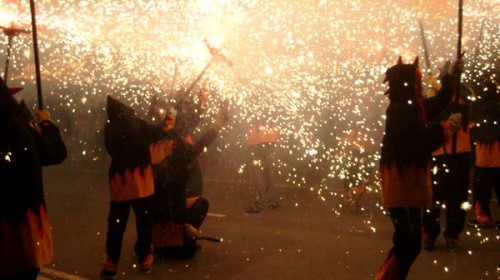 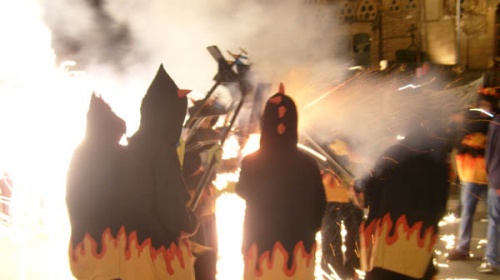