The Diables de Les Corts was formally set up on 20th May, 1994, to have fun in the fire festival and spread it round the district where it originated.

Then, in 2009, the Guardià de Les Corts made its debut. This is the neighbourhood fire beast that the Diables share with another devil group, the Bocs de Can Rosés, the percussion group of the Republi-k de l'Avern and the Diables i Timbalers d'Ítaca. The Guardià (Guard) is a replica of Antoni Gaudí's dragon at the entrance to the Güell Pavilions on Avinguda de Pedralbes in Barcelona, a large sculpture that symbolises the mythological dragon described by the poet Jacint Verdaguer. Previously, the Diables de Les Corts had had another festival figure, the Cuca, which has now disappeared. The Guardià de Les Corts is the first dragon made entirely of forged metal, except for the head, which is made from synthetic fibre. It also has two gear systems to help it move around.

Most of the performances and exhibitions the Diables de les Corts put on are in their own district, where the devil group are actively involved in the festival calendar: the Three Kings parade, Carnival and the annual festival, among other events. They also organise their own events in the neighbourhood for the feast days of traditional and popular culture, for example, Ash Wednesday. They take part in the La Mercè correfoc (firerun) too, as well as "Foc i Rock", the festival of music, fire and drums held on the eve of St Peter's Day in Les Corts.

And they are closely linked to other associations in the neighbourhood through a youth organisation and youth centre, the Plataforma Infantil i Juvenil de Les Corts i del Casal de Joves. 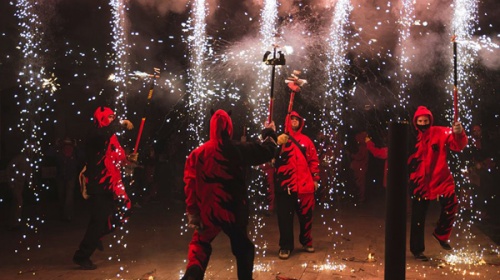 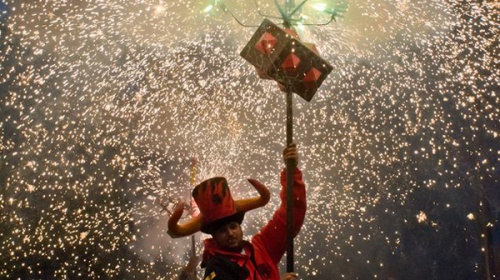 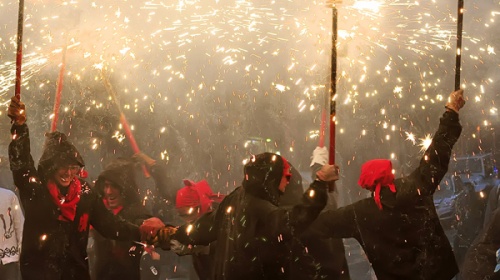